Have you noticed that in children’s books, Z is almost ALWAYS for zebra? It might be for something else as well, but zebra is nearly inevitably represented. For instance: 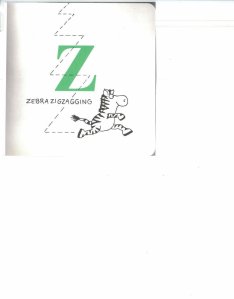 A to Z Animals: A Bedtime Story by Danice Baker. Illustrated by Judith Moffatt (2005)

Even in non-alphabetical books, the zebra will get its due, such as in The Zoo Book by Jan Pfloog (1967); even the book is in the shape of a zebra. 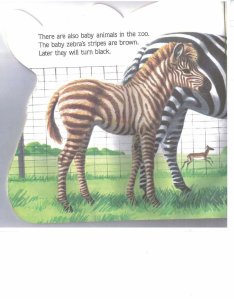 Now, in English, an X in the first position usually sounds like an Z, such as xylophone. (An exception is a word like X-ray, where the letter sounds like ks.) Maybe, to lessen the burden on the poor zebra, we should attribute to Z some of those X words. Or not.

One of the first jokes I ever learned: what black and white and red all over? A sunburned zebra.