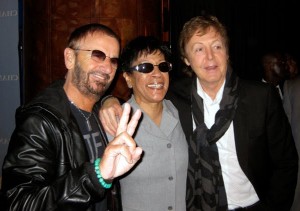 Anyone out there on Posterous? I had never heard of it until very recently. I posted something the other day via e-mail, because I could. One can also post a variety of other ways. I’m not seeing the need, but then again, I didn’t get Twitter or Facebook initially either.
***
It’s not coming out until May 25, but I’m looking forward to Interpretations: The British Rock Songbook by Bettye LaVette. This great singer who was in the Albany area recently – no, didn’t get a chance to see her – is covering a bunch of songs, many that I know well. It has a definite Beatles tinge.
1. The Word (Beatles)
2. No Time To Live (Traffic)
3. Don’t Let Me Be Misunderstood (Animals)
4. All My Love (Led Zeppelin)
5. Isn’t It A Pity (George Harrison)
6. Wish You Were Here (Pink Floyd)
7. It Don’t Come Easy (Ringo Starr)
8. Maybe I’m Amazed (Paul McCartney)
9. Salt Of The Earth (Rolling Stones)
10. Nights In White Satin (Moody Blues)
11. Why Does Love Got To Be So Sad (Derek & the Dominoes)
12. Don’t Let The Sun Go Down On Me (Elton John)
13. Love Reign O’er Me (The Who – live from the Kennedy Center Honors)

That last song, sung to Pete Townsend and Roger Daltry, seemed to have them in tears, especially Townsend.

Check out Bettye’s website for her performances with Paul & Ringo, with Jon Bon Jovi, and her stellar Who cover.
***
SamuraiFrog informs me that there is a Soul Train YouTube channel, which is very cool.
***
I was listening to Les Brown this week. He had a big hit in the 1940s with Bizet Has His Day, an adaptation of Farandole from L’Arlésienne.
***
Ever get a song stuck in your head, but you CAN’T REMEMBER the title? This happened to me the other day. I called up a librarian friend who wasn’t working that day. Then I called a violinist friend of mine; she knew the song I hummed, but couldn’t remember what it was either. She called her sister, and she identified it as In The Hall of the Mountain King from Peer Gynt, music by Edvard Grieg. Don’t think you know this piece? I’ll bet you do, especially if you play any of the three dozen versions from Duke Ellington, Erasure and ELO to Rick Wakeman and the Who. I’m rather partial to the ska version. Somehow, I have it in my mind that this music also inspired the Sugar Crisp commercial theme.
***
As a reaction to the Tea Baggers, there is now a Coffee Party. I’m only slightly conflicted in that I really like tea and really don’t like coffee.
***
Have I mentioned lately that I really love Betty White? I’ll even record Saturday Night Live on May 8, and I only watched it in 2008 for “Sarah Palin”.
***
The greatest 9,331 movies of all time.
***
Is my cellphone frying my brain?
***
Don’t know why I do that March Madness thing. This year’s results have been worse than ever, thanks to the upsets. Yet I can still win.

For the games today and tomorrow:
I picked: Kansas over Michigan State.
Who’s actually playing: Northern Iowa and Michigan State.
I’m rooting for: Northern Iowa. Their colors are purple and gold, just like my graduate school alma mater. What the heck; I hope they get to the Final Four. Go Panthers!

I picked: Georgetown over Ohio State.
Who’s actually playing: Tennessee and Ohio State.
I’m rooting for: Tennessee. The leader in our group picked Ohio State to win the whole thing.

I picked: Syracuse over UTEP
Who’s actually playing: Syracuse and Butler.
I’m rooting for: Syracuse, who I have going to the Final Four.

I picked: Baylor over Villanova.
Who’s actually playing: Baylor and St. Mary’s.
I’m rooting for: Baylor, who I have in the Final Four.

I picked Louisville over Siena.
Who’s actually playing: Duke and Purdue (yikes).
I’m rooting for: Purdue. Actually, I’m rooting against Duke every round.

I picked: Kentucky over Cornell.
Who’s actually playing: Kentucky and Cornell!
I’m rooting for: Kentucky on my sheet, the upstate New York team in my heart.