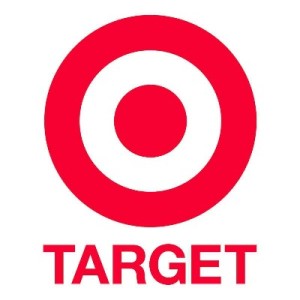 Arthur at AmeriNZ wrote about a possible boycott of the store Target, and the reasons why. (Has anyone written the obvious headline, “Target target of boycott?” Subsequently, MoveOn.org sent out this e-mail:

Target has spent over $150,000 in the Minnesota Governor’s race backing state Rep. Tom Emmer, a far-right Republican who supports Arizona’s draconian immigration law, wants to abolish the minimum wage and even gave money to a fringe group that condoned the execution of gay people.

Target must think customers won’t care. They’re wrong: We do care, and we need to let them know that we want Target—and all corporations—out of our elections.

Will you send a message to Target CEO Gregg Steinhafel telling him that you’re not going to shop at Target unless they stop trying to buy elections? Click here to add your name to the petition.

A lively discussion ensued at Arthur’s blog about the fact that Target has been a gay-friendly place to work, whether boycotts work or are tilting at windmills, and even if you wanted to boycott, say Target, does this mean you end up shopping at, say, Wal-Mart, who have policies others oppose?

1. Thoughts on the specifics of the Target boycott. At prrsent, I’m inclined to sign a petition, but not yet to boycott.

2. Have you ever boycotted a product or service? I have, everything from Twinkies (ITT) to lettuce and orange juice. Actually, I’ve also boyvcotted Wisk detergent because I found their “ring around the collar” commercials so offensive. (But now, my wife buys Tide anyway, so while my technical boycott still exists, for her it’s just product preference.)

3. Do boycotts ever work? Certainly the Montgomery bus boycott did in the 1950s. Eventually the Florida “sunshine tree” growers dumped Anita Bryant as their spokesperson. To some degree, the one against Nestle over baby formula was successful. I’ll contend the boycott against South Africa ultimately helped to end apartheid.

You need a critical mass, patience, and, ideally, an alternative to achieve success. The conversation about Target is that it may be Target, Wal-Mart and not much else in many small towns.

0 thoughts on “The Boycott QUESTIONS”