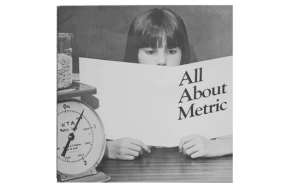 I blame Arthur. There’s this blogger/podcaster I’ve been following, AmeriNZ, an American expat now living in New Zealand. At some point in a recent podcast, he asked if anyone in his audience knew what one calls the United States system of measurement involving pounds, quarts and feet, knowing, KNOWING that I would have to look it up; the scoundrel!

Since I could not find the answer anywhere online, I decided to contact the National Institute of Standards and Technology, and not just NIST but its Weights and Measures Division. And do you know what the woman on the phone told me? There IS no standard nomenclature for the collective U.S. weights and measurements!

Meanwhile, the system most people call “the metric system” is actually The International System of Units, Système International d’Unités, or SI for short.
At the heart of the SI is a short list of base units defined in an absolute way without referring to any other units… In all there are seven SI base units:
the meter for distance,
the kilogram for mass,
the second for time,
the ampere for electric current,
the kelvin for temperature,
the mole for amount of substance, and
the candela for intensity of light.
Other SI units, called SI derived units, are defined algebraically in terms of these fundamental units. Probably most used among them is degrees Celsius; absolute zero is zero degrees Kelvin, -273.16 C.

Those who claim the United States is slow off the metric ball are only partially right. “The key agreement is the Treaty of the Meter (Convention du Mètre), signed in Paris on May 20, 1875. 48 nations have now signed this treaty, including all the major industrialized countries. The United States is a charter member of this metric club, having signed the original document back in 1875.” All countries have adopted the metric system, including the U.S., and most countries (but not the U.S.) have taken steps to eliminate most uses of traditional measurements. In fact most food items in the US are marked with dual designations. A brief history of the metric system in the US can be found HERE.

“Nearly all countries people still use traditional units sometimes, at least in colloquial expressions.” For instance, a miss is as good as a mile or a pinch for an inch.

Bookmark this! Online Conversion.com converts “just about anything to anything else.” There is also Convert.exe, a freeware program…found to be virus free [which] uses the 1959 conversion factors for distance, [weight temperature and derived functions]. Ah, so these measurements get tweaked from time to time.

Arthur and others moving to or from the United States have suggested going “cold turkey” in learning the new measurement scheme, and virtually all of them find temperature to be the most difficult to translate intellectually. If it helps – I read this somewhere, but also sussed it out myself, and these are approximations – 16C=61F, 28C=82F, 40C=104F. 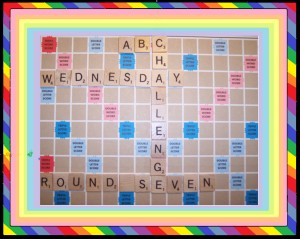 0 thoughts on “I is for International System of Units”