In November 2010, Pew Research reported that about half of all adults in the U.S. are married, down from 72 percent in 1960, while four in 10 people consider marriage obsolete. The Census Bureau added that American men and women are waiting longer before the wedding.

But from the Time magazine story concerning that Pew poll: “Americans still venerate marriage enough to want to try it. About 70% of us have been married at least once, according to the 2010 Census. The Pew poll found that although 44% of Americans under 30 believe marriage is heading for extinction, only 5% of those in that age group do not want to try to seek their own wedded bliss. Sociologists note that Americans have a rate of marriage — and of remarriage — among the highest in the Western world.

The divorce rate, while down from its peak in the l970s, is higher in America than most other countries. (And what IS the real divorce rate in the US?) 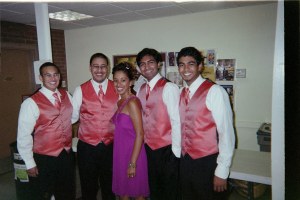 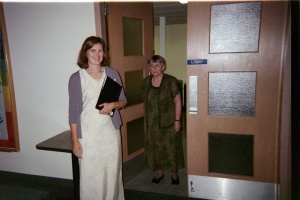 Not incidentally, I got a form letter from my annuity company quite recently, adding the following proviso to my certificate:
“Pursuant to Section 3 of the federal Defense of Marriage Act (“DOMA”), same-sex marriages currently are not recognized for purposes of federal law. Therefore, the favorable income-deferral options afforded by federal tax law to an opposite-sex spouse under Internal Revenue Code sections 72(s) and 401(a)(9) are currently NOT available to a same-sex spouse.” 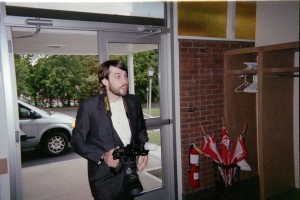 So even in those states allowing same-sex marriages, those couples won’t be fully equal until DOMA is repealed.

Oh, BTW, you may be wondering whose wedding this is. It’s the nuptials for the Pakistani couple I mentioned a couple months ago, which took place on Labor Day weekend. My daughter was in the wedding, but I pulled her photos solely for the purpose of posting them on December 26; I always write about Lydia on the 26th of the month.

0 thoughts on “W is for Weddings”