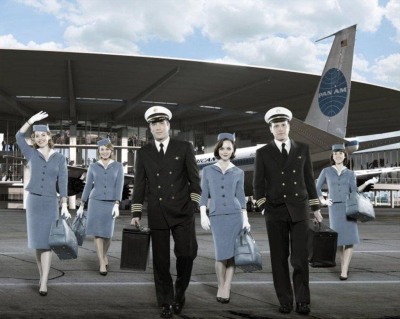 I’ve been rereading the extensive list of shows that will be on ABC and CBS and NBC and FOX and the CW. I came to the conclusion that there probably isn’t a single new show that I’ll start watching. I’ve ODed on police procedurals, the comedies don’t sound particularly funny, and the few shows I might have given a chance to (ABC’s Pan Am, about the hassles of being an airline stewardess in the 1960s, for one) won’t last more than a month.

This is not such a bad thing, mind you. Every year for the last couple at least, I say I’m not going to add any more new shows to my DVR recording. two years ago, I lapsed and started to watch The Good Wife, but last year, nada. (I don’t think so, anyway.)

Are there any new shows YOU are looking forward to? I feel that I should be into FOX’s Terra Nova, especially with Steven Spielberg’s name attached, but I’m just not.

0 thoughts on “What TV Shows Are You Looking Forward To This Fall?”