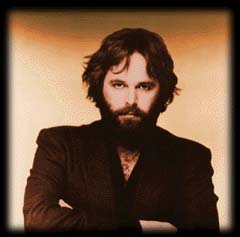 Vacation is one of those vaguely foreign concepts to me. It doesn’t feel light, like that Connie Francis song [listen]. And the idea of taking two weeks off from work somehow became an anathema to me, not because I don’t necessarily enjoy the time off, but because I generally end up spending close to a week before the event trying to get ahead at work, and at least a week afterwards catching up anyway. Perhaps that’s why I haven’t had one in 13 years, until last month.

So the next couple weeks, or more, I’ll be writing about My Summer Vacation that took place the first couple weeks of August 2011. Frankly, much of it was SO busy that it was difficult to process until after the fact. The first week and a half was jam-packed, possibly more than what was ideal. I won’t be writing about it EVERY day, because that would be too grueling for ME (and probably you).

The last two-week vacation, BTW, was in 1998. I took a week to go Detroit and Cleveland. In Detroit, I went to where they made the Motown music, a couple of Henry Ford museums and a baseball game at the now defunct Tiger Stadium. In Cleveland, I wanted to go to a baseball game, but one couldn’t get a ticket to Jacobs Field; one can now easily acquire tickets to what is now called Progressive Field, the name of which, like most naming-rights stadia, I can never remember. The highlight, though, was going to the Rock and Roll Hall of Fame; I remember that there were tributes to two Carls who had died recently: Carl Wilson of the Beach Boys (d. February 6, pictured) and Carl Perkins (d. January 19), forever linked in my mind.

The second week was supposed to be a time that I’d catch up on my reading, maybe see a couple movies. But because my trip to the Midwest conflicted with a trip I had earned to go to Boston to try out for the game show JEOPARDY!, I ended up going to Washington, DC on vacation week #2. In addition to the tryouts, I spent an inordinate amount of time wandering through the halls of Congress; I seriously doubt I could, in a post-9/11 America, have spent so much time in places, many of which far more restricted. Also hung out at the Botanical Gardens, the then-new FDR Memorial (pictured), and a brief time at Arlington National Cemetery.

The good news, of course, is that I got on JEOPARDY! The downside is that I really could have used the downtime just to veg out. I don’t veg out nearly often enough.

0 thoughts on “V-A-C-A-TION in the summertime”