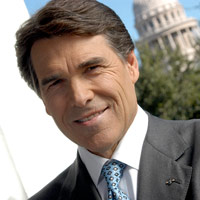 For seven years out of eight years (2002-2007, 2009), we had at least one live bat in our house. The problem seems to finally be solved by roof insulation and fixing some gaps between the roof and the main house structure. One of the telltale signs you have a bat, even if you don’t see it: guano, which means bat poop.

I was talking about some of the candidates for President with my wife, and I was divvying them up between those with whom I merely oppose politically and those who I called “guano crazy”. I don’t know if I had made up that phraseology, or stole it from someone unconsciously, but I’ve become rather fond of it.

The question: among those who have announced that they are running, which candidates do you consider guano crazy? Democracy for America is running a poll, asking, among the Republicans: Who do you think would make the worst President? When I took the poll a few days ago, Rick Perry had a clear plurality of the votes cast, with over 40% of the vote, followed by Michelle Bachmann (c. 25%), Mitt Romney, and Herman Cain.

I would consider Perry to be guano crazy. His disastrous debates, when he decides to be too clever, but it backfires, as he mangles his narrative badly.

Michelle Bachmann is quite guano crazy as well, confusing both her American geographic history (Concord, NH is not THE Concord of Lexington and Concord, MA), but her rock and roll history (celebrating Elvis’ birthday on Elvis’ death day).

Only recently have I realized that Herman Cain is also guano crazy, if he believes that it’s primarily the unemployed’s fault that they are without jobs. Santorum (don’t Google that word!) is guano, crazily trying to get Google to change its algorithms to keep him from being embarrassed, a situation he largely brought on himself through his bigotry.

Whereas, Hunstman, Romney, Buddy Roemer (who doesn’t even get to appear in the debates), I merely tend to disagree with. Gingrich checks the weather and takes whatever position he believes will be most popular; a snake. Ron Paul I totally agree with about 10% of the time, but then he keeps talking.

Keep in mind that one of the guanos could be the next Vice-President if he or she doesn’t get the Prez nod. And don’t underestimate the ABR (Anyone But Romney) factor, which might make one of them the standard bearer for the party in November 2012.