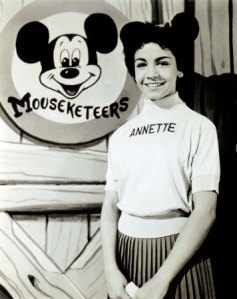 I used to do these things called Sunday Stealing, but I stopped mostly because the questions started getting a bit repetitive. I found that to be somewhat true with this iteration as well -Have I sung karaoke? – no; have I kissed in the rain? -yes.

But there was a section of firsts that was fresher, so I decided I’d do that, and JUST that.

1.Who was your first prom (or homecoming) date?
Cecily. It was her prom, BTW, though she also went to my prom a few months later.

2. Who was your first roommate?
Ron Fields, a graduate student. His most obsessive habit was writing down EVERY SINGLE thing he spent money on, in these little spiral notepads. Coffee – 25 cents, candy bar – 10 cents. One day, he bought a used car ($1000).

3. What alcoholic beverage did you drink when you got drunk the first time?
The first time I drank, I got a little tipsy. It was at a bar on Clinton Street in Binghamton, NY, which, according to legend, had more bars per mile at the time than any other street in the United States. My sister was singing there with a band, so my drinks were free. I was 18 and it was legal for me to drink. I had a Tom Collins, and it was so tasty, I had another. I WAS able to walk home.

4. What was your first job?
My FIRST first job was delivering the Evening and Sunday Press in Binghamton, NY. My next job was as a page at the Binghamton Public Library. I essentially inherited both jobs from a guy named Walter Jones, who was a couple years older than I was. He was the godson of my parents; his grandparents were my godparents.

5. What was your first car?
I don’t remember the make, because it was really the Okie’s car. I know it was red and had push button transmission. I knocked a Dumpster over with it once.

6. When did you go to your first funeral and viewing?
Oh, it was so long ago that I can’t remember. Someone from my church, no doubt. The first one that I can remember was Agatha Green, my grandma.

7. Who was your first grade teacher?
I had two, because I had started school in February, and by September the teacher I had had left; maybe she got pregnant, which happened a few times in later grades. Anyway, one was Mrs. Goodrich. BTW, I also had 2 teachers each in second, third AND fourth grade.

8. Where did you go on your first ride on an airplane?
From Binghamton to Albany, when I was about 16. I was going to something called the Governor’s Conference on Children and Youth, and I was one of seven representatives from the Southern Tier. We flew in a plane with about a dozen seats, in a thunderstorm; I was terrified.

9. When you snuck out of your house for the first time?
Undoubtedly to see my HS girlfriend.

10. Who was your first best friend?
Possibly Ray Lia, with whom I was in Cub Scouts.

11. Who was your first Best Friend in high school?
Hard to say. Probably Karen and Carol, who I’d known since kindergarten, and saw just this summer.

12. Where was your first sleepover?
Don’t know that I ever did growing up. People slept over at our house, though.

13. Who is the first person you call when you have a bad day?
Probably Norman.

14. Who’s wedding were you in the first time you were a Bridesmaid or groomsman?
Trying to remember. I was in two weddings on successive weekends, for Ray and Pam, and for Uthaclena and she who shall not be named, in October 1976.

15. What is the first thing you did when you got up this morning?
Check my e-mail.

16. First time you tied your shoe laces?
I was REALLY late at this. I had loafers until I was nine, I think.

17. Are you Facebook friends with your first crush?
No, and I have no idea where my first crush is.

18. Who was the first person you met from the blogosphere?
Gordon from Blog This, Pal! who I met when I went to Chicago for a conference in 2008. Well, there may have been some local bloggers from the Times Union site before that; I don’t remember the chronology.

19. What was the first music album that you bought?
Beatles VI.

20. Who was your first celebrity crush?
Annette Funicello.