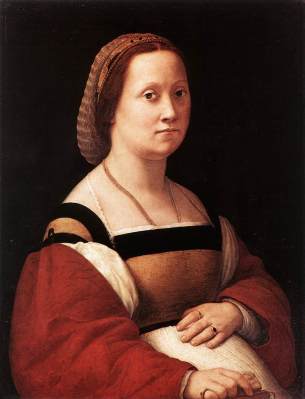 I try not to write about politics too much, I really do, mostly so that *I* don’t make myself crazy. But a series of related events, which I would not have imagined would be part of the public discourse in the USA in 2012, ARE front page news.

First, the Republican-led Congress convened a panel of “experts”, most of whom railed against employer insurance plans covering birth control. Interestingly, they happened to be mostly a bunch of guys. The odd thing is that many of these same insurance plans with contraceptive coverage that the panel was railing against will cover Viagra and similar products that will be a sexual aid, even for (gasp!) unmarried men.

So some Democrats allowed Georgetown law student Sandra Fluke to testify from a different perspective, e.g., a woman’s, regarding women’s reproductive health care; LISTEN to her opening statement. Note that Fluke’s comments were primarily about use of contraceptives for other purposes, such as to avoid ovarian cysts. A windbag named Rush Limbaugh slandered Fluke as a “slut” and a “prostitute,” then, in response to the outrage of his remarks, exclaimed that he would “buy all of the women at Georgetown University as much aspirin to put between their knees as they want.” (It would be off topic, I suppose, to note that Limbaugh has been married four times and has no children, suggesting at least the possibly of contraception use.) The talk radio guy eventually offered a limp apology after sponsors left his show.

Limbaugh’s comments echoed those of Foster Friess, Presidential candidate Rick Santorum’s billionaire supporter: “And this contraceptive thing, my gosh, it’s [so] inexpensive. Back in my day, they used Bayer aspirin for contraceptives. The gals put it between their knees and it wasn’t that costly.”

Santorum, who apparently has distanced himself from Limbaugh’s “slut” comment in a “oh, but he’s an entertainer” remark, talks about “the dangers of contraception”: “Many in the Christian faith have said, ‘… contraception’s okay.’ It’s not okay… because…[things in the sexual realm are] supposed to be within marriage, for purposes that are, yes, conjugal … but also procreative. That’s the perfect way that a sexual union should happen. We take any part of that out, we diminish the act. And if you can take one part out that’s not for purposes of procreation, that’s not one of the reasons, then you diminish this very special bond between men and women, so why can’t you take other parts of that out? And all of a sudden, it becomes deconstructed to the point where it’s simply pleasure. And that’s certainly a part of it—and it’s an important part of it, don’t get me wrong—but there’s a lot of things we do for pleasure, and this is special, and it needs to be seen as special.” I think Santorum has the perfect right to express his opinion, but my concern is that these issues would likely dominate his policies if he were elected.

If that weren’t enough, the Girl Scouts of America are under attack by some shady group because the GSA has “liberal progressive troop leaders [who] will indoctrinate the girls in their troop according to the principles of Planned Parenthood.” Oy.

It’s baffling that some folks seem to have gone all retrograde in America, with particular men deciding when women should get pregnant, while railing against the number of children born out of wedlock, and wanting to cut funds to them. Or maybe it’s just that these dudes want women to shut the hell up, particularly about issues that primarily impact women. I have to check my calendar. Nope, it’s not 1952. In fact, I don’t think the country was as backward 60 years ago as these folks are today.

0 thoughts on “WTF? Cavemen in America”