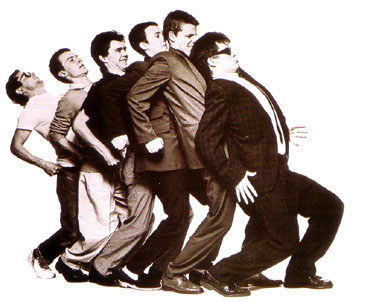 There was a two-part Madness meme on Sunday Stealing: Part 1 and Part 2. I’ve eliminated questions I didn’t feel like answering, such as “Have you ever licked the back of a CD to try to get it to work?”

2. What’s the largest age difference between yourself and someone you’ve dated?

Two, one that sent me to the hospital.

4. Were you popular in high school?

Not initially. I was in a group of outsiders that opposed the war in Vietnam in 1968. But by 1970, I was student government president, my friend Carol was VP, and the mood of the school, the community and the country had changed.

5. Have you ever been on a blind date?

7. Do you have any friends that you’ve known for 10 years or more?

I have friends I have known for 50 years, including the aforementioned Carol.

17. What would your last meal be before getting executed?

Hardly any at all these days. That said, not beer, because I never acquired a taste for it. White wine over red, because the red gives me wicked headaches. A number of hard liquor items, but NOT Scotch or vermouth.

Take off my shoes.

There’s enough horror in the world.

31. Where do you want to live when you are old?

In a walkable community, with a grocery store, drug store and movie theater nearby. Some place with good mass transit to the educational facilities in the region.

34. What did you dream last night?

35. What is your favorite sport to watch?

I like watching football, and especially baseball, because I can read the newspaper at the same time. Whereas basketball requires far more concentration than I have time for.

36. Are you named after anyone?

Not consciously. Which is to say: probably.

43. Would you ever get plastic surgery?

Only if I had had a terrible scarring accident or illness. Not for general aging.

Obviously, I need a couple Madness songs:
Our House
It Must Be Love
One Step Beyond

0 thoughts on “Descent into Madness Meme”