For years, part of the running shtick between my wife and me has been this: I ask her a question. She responds to the question. Then I ask the question again, because, while I have some information, I often don’t have the ANSWER. I must say that, early on, it used to drive me crazy. Now, I just recognize it as just the way it is. 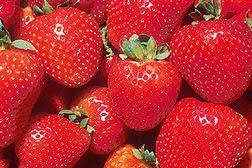 Here’s an example from a couple months ago. I had seen some fresh strawberries in the refrigerator earlier, so I asked her where they had gone. She replied, “Well, I was going to make strawberry shortcake, but that fell by the wayside.” Puzzled, I was about to say, “Oh..kay, honey…but where are the strawberries?” which was my actual question. But instead, Lydia said, “But mommy, where are the strawberries?” I had a VERY difficult time not breaking into uncontrollable laughter. Lydia reacted the same as I did. And worse, she knew it.

We also do a lot of singing together. She has a CD of cover versions of a wide variety of songs, from pop tunes to patriotic songs. We’ve been singing “Build Me Up, Buttercup” together. But “Take Me Home, Country Road” is usually a her solo performance.

Of course, there are things that Lydia gravitates towards my wife’s interests, such as watching/participating in figure skating, or sharing conversations about clothing and jewelry. Still, I’m happy about when she and I connect.

0 thoughts on “The Lydster, Part 99: Her Father's Daughter”