I haven’t been reading the comic strip Doonesbury by Garry Trudeau as regularly as I once did, 40, 25, even 10 years ago. I own three hefty early volumes of collected strips which I used to reread frequently. However, I’ve never cottoned to it appearing on the op-ed page of my local newspaper. So I managed to miss the great announcement in Sunday’s paper, by the nominal lead character, Michael Doonesbury, that he was handing over the reins of his daughter Alex (July 29); immediately, Alex has talked about the changes she’ll be making in the strip. The focus of the series has been more on her and her new husband Leo – check out the wedding sequence, from June 11 to 23 – than the previous generation for a couple years now. I should note that I think the daily strips are greatly enhanced by color, and I should just remember to read it online, even if it’s a day later.
***
When I heard that writer Gore Vidal had died, I flashed back, not to anything he wrote, though I’m sure I read some of his essays. Rather, I remember these series of vigorous debates between him, presumably on the left politically, and William F. Buckley on the right, e.g., doing commentary at the 1968 Democratic convention. These discussions, often on the Dick Cavett Show, which aired against The Tonight Show with Johnny Carson, and therefore underwatched, were almost always lively, occasionally nasty affairs, but amazingly entertaining television. Go to YouTube and search for Gore Vidal William Buckley.
*** 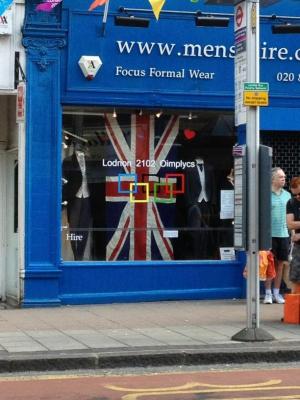 Once upon a time, I was an avid Olympic watcher, but all the dustups this year has vaguely soured me on it all. There’s whatever Mitt Romney said about preparedness, which was similar to what the British media had said; it’s DIFFERENT when THEY say it, rather than a foreigner on their soil pronouncing it. At least, the US opening ceremony garb that was Made in China got Democrats and Republicans to agree on something. NBC’s tape-delay, and their handling of those who don’t keep in line, not to mention its somewhat jingoistic coverage, starting with the opening ceremony coverage, was annoying; How an American Can Stream the BBC’s Official Olympics Coverage and Overcome #NBCFail. Note also the controversies once the competition actually began, which happen regularly, but seem somehow magnified by so much instant media.

I HAVE caught random events- England v Canada women’s basketball when I was at the barbershop; a couple swimming events – but I haven’t sat down with the intention of watching.

0 thoughts on “Past perfect: Gore Vidal, Mike Doonesbury and the Olympics”