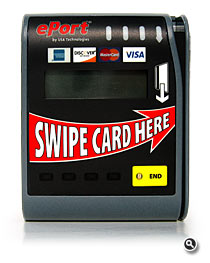 I’ve complained about boring old Corporate (frickin’) Woods. Be assured I’m not the only one who feels that way. How else can I explain the excitement, nay, the GLEE of getting new vending machines?

We had had a traditional candy/cookie machine, plus a a Coke machine and a Pepsi machine. But the new ones take credit and debit cards, and all sorts of other cashless forms of payment, most of which I don’t quite understand, as well as $1 to $20 bills.

Now this, I know, is not extraordinary. Although I’ve not seen many of these in the area, I know they’ve been all over the world years ago. Still, to think that any kind of innovation came to Corporate (frickin’) Wood astonishes.

And it’s not just me. I was leaving the lunchroom, when four or five folks from my floor were oooing and aaahing before they used the machines. Maybe it’s because the old machines were so terrible, constantly stealing money. The bill acceptor on the Coke machine was particular ornery.

One of my floor mates suggested that they were cliched state workers, easily excited by just about anything. No, I think that the place physically is so soul-crushing that any sense of consideration, or cleverness, or progress is meet with near delirium.

But, only a month or so later, we noticed that the new vending machines had their own quirks. One simply wouldn’t accept quarters. The service people were slow to refill the machines, which was visually more obvious than before. Included in the lack of replenishment, change, specifically dimes. One time I put in two $1 bills for a $1.25 item. I hear the sound “phst” seven times for seven dimes that failed to drop, then an actual nickel. It took me weeks to get my 70 cents back.

As Townsend might have said, “met the new vending machines, same as the old vending machines.”
***
Of course, this is one of those buildings where you have to have those stinkin’ badges to get into the building, and then onto our floor. The building is filled with those signs not to allow tailgating. By this, they mean to allow someone else into the building or on the floor. This is violated regularly, fortunately, because I’m often misplacing the floor badge.

As for the building badge, I had put it on my key chain. In a matter of only a few months, the key chain wore off the magnetic strip of the card, forcing me to order another one. This does not appear to have happen to anyone else; I’m rather special in that way.