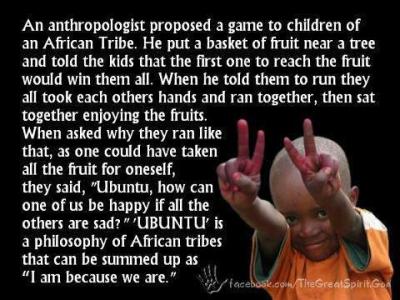 Give this man a Silver Star; a future President got one.

I want to tell you something about the future. “It will either be: A mind-bendingly awesome; utopian landscape where all of Earth’s problems have been resolved and technology and humanity have evolved to create harmony. Or it might be a f@#$ed-up dystopian nightmare.” Gotta say that I’ve tired of the latter portrayal, but these movie clips are still interesting.

Why film critic Roger Ebert won’t stick to his knitting, talking about (GASP!) politics when he “should” be limiting himself to movie reviews.

Sad that Alex Karras died. Followed him as an All-Pro defensive tackle for the Detroit Lions, on “Monday Night Football”, and as an actor in the movie Blazing Saddles.

Being hit on by a swinger couple. Actually, a lovely piece by Ken Levine on the phenomenon of storytelling. He also wrote a lovely tribute to the late NBC exec Brandon Tartikoff, which also explains why so much of today’s TV is lousy.

What IS the name of that mysterious music? YOU’VE heard it – it’s the thing playing HERE and HERE and even HERE. I’ve finally discovered from various sources that it’s called Mysterioso Pizzicato, a/k/a Here comes the villain. It was first published in the ‘Remick Folio of Moving Picture Music, vol. I,’ in 1914, compiled and edited by one J. Bodewalt Lampe, who may (or may not) have written it. The tune was used as background to scary scenes in silent movies.

The Beethoven Mystery: Why haven’t we figured out his Ninth Symphony yet?

The website for CBS Television City in Hollywood; fascinating history, which you can also see in this video.

Mark Evanier’s mother died at the age of 90. “Someone… might think, ‘Hey, smoking can’t be that bad if Mark’s mother smoked 75 years and made it to age 90.’ Yeah, but for about the last fifteen, she could barely walk and barely see.” He’s been writing a series called Tales of My Mother. The fourth one, about her and the TV show LA Law and Jimmy Smits, is a particular hoot, but they are all worth reading.

Glenn Fleishman describes what it’s like to be on the game show Jeopardy! Here are Jeopardy’s most memorable moments, including what happens if a certain person says something.

Let’s look at the rise of Gangham Style and how media events and social networks can trigger massive sharing. I noticed that I blogged about it on August 15, which put me, uncharacteristically, if not ahead of the curve, at least with it. Then, of course, I find some real life Simpsons opening from June, and I realize, nope, still behind the curve.

Chuck Miller explains why 45s have big holes in the center, while vinyl albums have small holes.

25 Foods You’ll Never Be Able To Eat Again. I never had most of these, though I did try Apple Newtons a few times.

Jaquandor writes about the superhero cat named Little Bootie; oh, and technology. Also, a pie to the face; no, I don’t quite understand, but it seems to make him SO happy.

FROM MY OTHER BLOGS

An unwitting participant in an international travesty.

RFID; the F does NOT mean freedom, or foolproof. This one got excerpted in the newspaper.

What if the technology went away?

Scanning whole books is fair use?

Obviously, we WERE a Christian nation. Ask a Native American.

In his attempt to compose a soundtrack to a novel — Lair Hunt’s The Impossibly — Roger Green, with the help of Mark Harris on saxophone and bass clarinet…