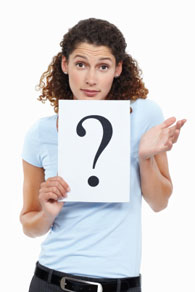 We met the first day of college. He was an odd sort who tended to hang off the edge of his desk like Snoopy on his doghouse roof. He was even more socially inept than I was at the time, which is saying a lot. He turned me onto comic books at a point that I thought I had outgrown them, at a point when this was not particularly cool.

We fought against wars together, as recently as 2003.

He’s actually a lot better now socially, thanks in no small part to a stint as a bartender. Most of his work, though, has been in social services. I follow his comments on Facebook but find them incredibly cryptic; one example: “Here we go…”

I usually see him at an annual event that’s been going on, in one form or other for decades, and for which he has been a primary moving force. He wasn’t there this year, though, and I got suckered into doing his part, as though I knew what I was doing.

A couple years ago, around my birthday, I was in a particular funk about something or other. My wife had conspired with him, his wife and his daughter to come visit our house, which brightened my mood considerably. One of the few times I’ve been able to take off on a weekend afternoon was last spring, with him.

He’s currently dealing with some work issues that sound too familiar to me, as both my wife and one of my sisters have experienced it: you have a workload, then management increases it by 70%. They complain that you can’t meet the new goals. But you just can’t, unless you work about 20 unpaid overtime hours per week. Good luck with the forces of evil.

Rather than blathering on, I’ll just wish my OLD friend a happy birthday. Glad we got to talk, effendi.

2 thoughts on “Friend Uthaclena is 60”