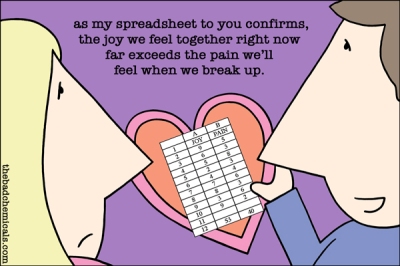 On Valentine’s Day, people are always playing these lovey-dovey songs. It being roughly six months from that holiday, I thought I would link to some of those songs I used to play when I broke up with someone. Haven’t done that in well over a decade, fortunately, yet the songs themselves still make me melancholy. It’s strange how music still holds its sway.

The Supremes – Remove This Doubt. You may know this from the Elvis Costello cover, but the original is from one of my favorite Motown albums of the 1960s, The Supremes Sing Holland-Dozier-Holland. Funny thing that most of the time in their hit period, they WERE singing H-D-H.

Jane Olivor–My first night alone without you. Also have the Bonnie Raitt version. Got the Olivor version by accident, with someone giving me the “wrong” birthday present. But I never corrected it.

Roberta Flack – Gone Away. On my top 10 song list.

Lorraine Ellison – Stay with me. Among others, Bette Midler recorded this. The Ellison version I found on a Warner Brothers lost leader album, though memory suggests it was first recorded on Mercury Records.
Description; lyrics; recording.

So all you people who complain about all those sappy, romantic songs: these are for you. And here’s some advice on how not to get your heart broken.

Picture courtesy of The Bad Chemicals.

3 thoughts on “Melancholy Quintet of Songs”