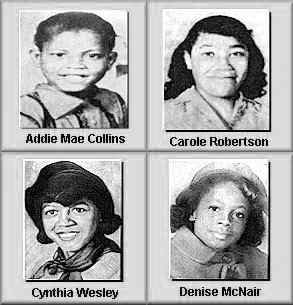 NBC News did a very interesting thing last month: it rebroadcast the August 25, 1963 episode of the news panel program Meet the Press, 50 years after the original broadcat. You can read the transcript at the site as well. The guests were Roy Wilkins, head of the NAACP, and Martin Luther King, Jr., head of the Southern Christian Leadership Conference. They were speaking three days before the massive March on Washington.

What I found fascinating is that there are two overriding themes in the questioning. One comes in the first question from Lawrence E. Spivak, “permanent member of the MEET THE PRESS panel,” and future moderator of the program: “Mr. Wilkins, there are a great many people, as I am sure you know, who believe it would be impossible to bring more than 100,000 militant Negroes into Washington without incidents and possibly rioting. What do you see as the effect on the just cause of the Negro if you do have incidents, if you do have any rioting?” Love the use of the word “militant.”

Of course, the march was peaceful, as Wilkins suggested would be the case, even larger than Wilkins’ upper estimation of up to 190,000 participants, and with a great deal of them white people.

I found this concern particularly interesting in terms of current MTP host David Gregory’s description of the times: “The previous months of 1963 were tumultuous ones in the civil rights movement .

“King was jailed in April, images of brutality were widely publicized as police turned fire hoses and attack dogs on demonstrators in Birmingham, Alabama, and the NAACP ‘s Medgar Evers was murdered in Jackson Mississippi in June.”

The other emphasis was based on this question to Dr. King: “We often hear it said here that while the Negro drive for equality is a justifiable movement, in the last year the Negroes have been pushing too hard and too fast…. There has been concern about the sit-ins, about some of the incidents that have happened in connection with them. Do you find any substantial reaction among white people to this effect, or does it affect you in any way in the conduct of your movement ?”

I always found this notion that fairness coming “too fast” laughable, given, as Dr. King noted that black people at the time had “waited for well-now 345 years for our basic constitutional and God-given rights.” I remember that national polls into at least the 1980s suggested that white people thought the black people were moving too quickly towards equality, a view not shared by black people.

Less than a month after the “I Have a Dream” speech, four black girls were killed in their Birmingham church, as Arthur noted. I was pleased that President Obama signed legislation posthumously awarding the Congressional Gold Medal to Addie Mae Collins, Denise McNair, Carole Robertson, and Cynthia Wesley. But I was saddened to discover that the body of Addie Mae Collins had gone missing, probably in the first five years after her death.

I found it ironic that the panelists on that 1963 segment of MTP talked about violence BY blacks when violence TO blacks was so often the reality in the day.

Fortunately we live in post-racial America in 2013, where the selection of a Miss America of Asian Indian descent was universally cheered. OK, NOT so universally cheered. At least we can be comforted (?) by the fact that if she had eligible to be competeing for Miss India, she probably wouldn’t have even made it to the finals.