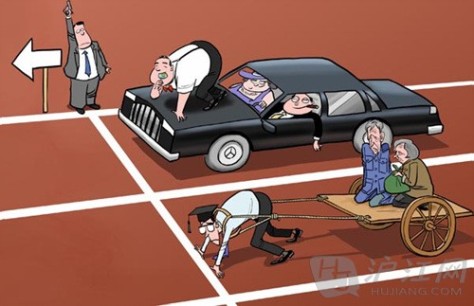 Ever have one of those eureka moments when you realize that one piece of information you have is related to another piece? Then it’s OBVIOUS, when it had not been.

My wife’s reading this book about education, and there is a reference to the Matthew effect, basically this: “Early success in acquiring reading skills usually leads to later successes in reading as the learner grows, while failing to learn to read before the third or fourth year of schooling may be indicative of lifelong problems in learning new skills.” (This suggests that services such as Head Start are vitally important.)

It was the naming, though, that brought me up short. It is dubbed for a verse in the New Testament, Matthew 25:29 -“For unto every one that hath shall be given, and he shall have abundance: but from him that hath not shall be taken away even that which he hath.” This is described in my wife’s reading as a very un-Sermon on the Mount type sentiment, that Sermon also being found in the book of Matthew.

The verse in question is at the end of Jesus’ parable about the talents, where three guys get 10, 5 and 1 piece of money, and the first two double its value by investing, while the third one buries his. He is chastised by the moneylender in the story. You can read several interpretations of the text here. The sentiment is echoed in Matthew 13:12, the explanation of the sower of seeds parable, which observes that “for whosoever hath, to him shall be given, and he shall have more abundance: but whosoever hath not, from him shall be taken away even that he hath.” Context, though, everything, which is why one oughtn’t to mine Scripture for single verses.

Interestingly, the talents story takes place just before that cool stuff that inspired Matthew 25: Ministries, “to fulfill Matthew 25:34-40 of the New Testament by providing nutritional food to the hungry, clean water to the thirsty, clothing to the naked, affordable shelter to the homeless, medical care to the ill, and humanitarian supplies to prisoners. Additionally, Matthew 25: Ministries is committed to fulfilling Matthew 25:40 by educating the public on the conditions and needs of the ‘least of these’ and by providing resources for action.” This is the Jesus narrative that makes sense to me.

But that’s not what the revelation was. It’s that the parables of the talents and/or the sower, which I’ve read several times each, is the basis for the lyrics of the song God Bless the Child, which I’ve heard many times:

Yes, the strong gets more
While the weak ones fade
Empty pockets don’t ever make the grade

Here are recordings by Billie Holiday, the co-writer with Arthur Herzog, Jr.
Billie Holiday, an earlier (original?) version
Blood, Sweat and Tears, from the second, hit, album, and the first with David Clayton-Thomas on lead vocal

3 thoughts on “God bless the talents”