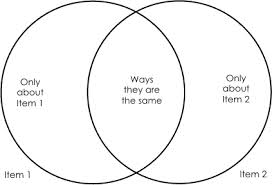 This is a response, of sorts, to my post a while ago about avoiding conflict. I think that, in addition to what I said then, I look for the things in people that we share in common, rather than go after our differences. There will ALWAYS be differing POVs, and belaboring the point, most of the time, I don’t find particularly beneficial to me, or to them.

Take Dustbury, e.g. He’s this guy whose politics are probably more conservative than mine, though I have noticed that I’ve agreed with him recently on some governmental overreach issues. AND he knows more about My Little Pony than my daughter does. But I celebrate with him a love of music. He’s noted that two of my favorite albums of the 1950s were albums in his regular work rotation. He endorsed my Rock and Roll Hall of Fame picks. I came across him when I found his list of the Warner Brothers Loss Leaders of the late 1960s and 1970s; in fact, I even added to it. He’s a magpie, like I am. Also he’s from Oklahoma, and I like Oklahoma, at least conceptually. He’s been blogging for nearly two decades, and I’m impressed as heck by that.

When Jaquandor, that fine blogger from Buffalo, writes about fixing the Star Wars prequels, I tend to skim over the posts, since I only saw the first film – and HATED it. But it’s no big deal, because I like his Wednesday questions, his fine linkage, his affection for space travel, the music he shares on Thursdays, his sense of justice, and especially his struggles to write not one, but (it seems) a half dozen books. I’m also jealous as all get out by by skills with tools, possibly because I have almost none. Not sure I get the pie in the face thing, but his unbridled joy about it is infectous.

I could go on like this, but I hope the point is clear: one can seize on our differences, or celebrate the commonality. Someone suggested to me that some people seem to thrive on conflict, and I’m sure that’s true. It seems to give their life meaning, a sense of engagement. That’s not me. I have my sometimes strong opinions, and I state them, and I’m good with that. If it convinces you, or confirms what you already believe, swell. If not, oh, well.

Here’s an example of what I consider unnecessary conflict: you put out a list of your favorite songs or movies or books, and someone comments, “How could you possibly like THAT?” Responses like that are intentionally provocative. I don’t make them, and people making such comments to me, or to others are definitely diminished in my eyes. “Yes, I like it because I DO. Please SHUT UP.”

When I wrote about my hatred of the N-word, my terrestrial friend Dan wrote to me that the discussion appeared to be annoying me – it never was – and that it was not his intention to do so – and I didn’t think it was. I DO think dialogue is useful, but not all things can be “solved” in a everyone’s-a-little-unhappy sort of way. Still, I feel safer posting to THIS blog than the Times Union blog because the people who come here are, in the main, WAY more reasonable than there; that I would discuss it at all is a reflection of the decency of the folks who visit HERE. (And it’s interesting: I did note that post on Facebook, but I didn’t get any trolls, which is NOT a complaint.)

Guess I’m saying that communications may be like a Venn diagram. Some, like me, try to go for the stuff in the middle when possible, whereas others seek to go along the edges.

9 thoughts on “Looking for the commonality”