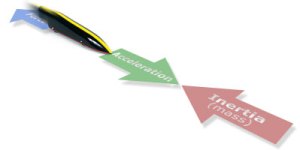 I always remember this conversation, over 15 years ago, with my friend Dorothy. She was suggesting blowing off going to church choir rehearsal so so I could hang out with her and my future wife. As tempting as that might have been, I declined. It is better for me musically to get as much rehearsal as possible. Moreover, it would easily become the case that if I blow off one rehearsal, to blow off another, and another.

That’s because I’m basically lazy, and would rather read all day, or visit with y’all.

For me, the rhythm thing has long been true of exercise. When the local Y closed a few years ago, my opportunity to play racquetball regularly, which I had done for over 25 years, went with it. There was some recent minor holiday when I COULD have played racquetball at Siena College nearby, but it simply never entered my mind.

It’s accurately descriptive of work. I check my e-mail and whatnot in the morning. That first reference question is usually the hardest to finish. Once I’ve gotten my “reference rhythm”, I can generate more reference, unless stopped by a meeting or some other force.

I was thinking on this because, prior to this year, I had a very regimented pattern of going to donate blood every eight or nine weeks, barring illness or other legitimate circumstance. I’ve donated over 18 gallons over the years. But I did the apheresis thing early this year, and somehow that’s thrown of my standard clock, so that I didn’t donate again until June.

This blog is much the same way. If I can’t write something at least every couple days, it feels quite likely that I won’t ever do so ever again. Whereas writing begets writing. When I get stuck scribing one thing – “why won’t it write itself?!”, as I am wont to say – and as of this writing, I’m really stuck one one particular piece, I’ll put together something, ANYTHING – even if it’s a puff piece like this one.

5 thoughts on “Rhythm, or inertia, or whatever works”