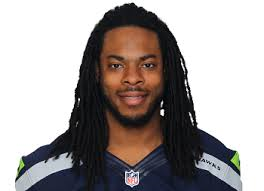 The team you root for in sports is, of course, entirely irrational. In football (NFL variety, not soccer), I support the New York Giants because, when my father was teaching me about how to watch football, we used to watch the Giants every autumn Sunday on our Binghamton, NY affiliate, WNBF-TV, Channel 12. Even went to a couple exhibition games in not-too-distant Ithaca, NY.

Who do you root for, though, when your team isn’t there? The Giants were a mediocre 7-9 this past season, starting 0-6, and failed to make the playoffs. The first playoff weekend I backed the Philadelphia Eagles, because that’s buddy Greg Burgas’ team, and the Kansas City Chiefs, because the Eagles’ former coach is now the Chiefs’ coach. Both lose, KC in epic proportion, blowing a 28-point lead. (I’ve now seen both the greatest NFL playoff comeback – the Buffalo Bills down 32 to the Houston Oilers, in the 3rd quarter, yet win) and the second best.

I root for San Diego, because one of my sisters lives there, and for San Francisco, because I really liked the city when I visited there nearly three decades ago; both win.

The next week, mostly divided loyalties. SF v. Carolina, and my other sister lives in Charlotte, NC. Oh, except root against the New England Patriots, who win anyway.

One conference championship has Denver, with Peyton Manning, who I like, vs. New England, with Tom Brady, who I don’t enjoy. Broncos going to the Super Bowl!

San Francisco v. Seattle; I know NOTHING about Seattle, except they are NOT a perennial playoff team, so new blood would be nice. At the end of the game there was an “incident.” Richard Sherman of Seattle (pictured) tips a pass intended for 49er Michael Crabtree in the end zone, and a fellow Seahawk catches it. Afterwards, Sherman gives an amped up sideline interview that got him fined nearly $8,000 for taunting Crabtree.

But what wasn’t seen until later was Sherman wanting to shake Crabtree’s hand, but Crabtree rejecting it. Forbes magazine, of all things, has a cogent analysis that it was a hard-fought game between division rivals, it was the game-winning play, and that exuberance makes for good TV. Some of the online comments called Sherman a thug, or worse, and a LOT of the remarks had a nasty racial element – Sherman is black – with many of them suggesting the Stanford grad was ignorant.

So my rooting interest in the Super Bowl has been tilted in favor of the Seahawks, though I have no beef with the Broncos, who, as noted, took out the Patriots.