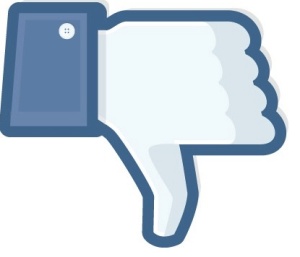 I expected that the first time I would bother to unfriend someone on Facebook would be because of some great, substantial, important issue. And it wasn’t. It was Because Facebook.

FACEBOOK wrote to me:
Why am I not seeing a movie?

If you aren’t seeing A Look Back movie when you visit facebook.com/lookback, it may be because you have not shared very many things on Facebook. Depending on how long you’ve been on Facebook and how much you’ve shared, you’ll see a movie, a collection of photos or a thank you card.

(I have pics.) I am SO NOT disappointed.

And someone, who I friended, because shes a friend of a friend, wrote:

It occurred to me, at least in Facebook World, maybe some people might have cared, since LOTS of people I knew, and didn’t know, were posting their “movies”, none of which I have actually seen yet. I wanted to explain why I had not. So the response didn’t anger me, but annoyed me enough to zap her. It was just negative energy I didn’t want. I thought the CORRECT response to something on FB that was not of interest to one is to ignore it; I do it ALL THE TIME.

Whereas some I DO know passed along this nonsense about Obama having the flag lowered for Whitney Houston, but not for Shirley Temple. (In fact, Republican governor Chris Christie had the flags in New Jersey lowered for Whitney.) Because I had a relationship with him, I asked about,it, and he only forwarded it because he was showing how ridiculous it was.
***
I gave my Black History Month presentation at church, based on my February 13 blog post, and I noted that I would be putting it up on this blog, NOT the Times Union newspaper blog. And someone asked me why. I said, “It’s just not a safe place.”

I would undoubtedly, get more comments there than here, but a LOT more argumentative comments. I don’t mind discussion, but I loathe rants. And conversations about race almost inevitably turn into rants, usually having nothing to do with the original topic. Or, in the alternative, a twisting of one’s words. No thanks.
***
Speaking of rants: OK, not really a rant, but this musician I follow on Facebook wrote:

Why do people take such pleasure in being ahead of me? That car that just HAS to nudge past me as we approach the Thruway tollbooth, that guy whose pace quickens as we both approach the door to Chipotle…are their lives so devoid of triumph that this registers as an accomplishment? Are they banking those eight saved seconds for a rainy day? Or is this some hardwired, ancient simian instinct, a fear that the monkey in front of them will get the last banana?

I so relate. I’ve noticed this when I’m trying to leave the bus and someone’s trying to push past me to get off first, not trying to catch a connecting bus.