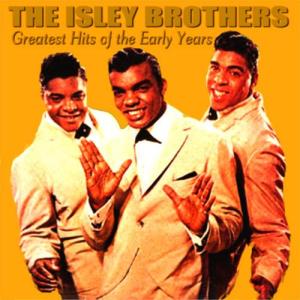 You may not think you know the Isley Brothers, siblings out of Cincinnati, but it’s likely that you’ve heard at least some of their music, even if it was performed by someone else.

O’Kelly Jr., Rudolph, Ronald, and Vernon started out in gospel until Vernon’s early death from a bike accident. The remaining trio moved to the New York City area in the late 1950s. Their first significant song was Shout [LISTEN] in 1959, written by the brothers, which only went to #47, but eventually sold a million copies, and was heavily covered.

In a similar vein, Twist and Shout [LISTEN] got all the way to #17 in 1962. It was originally recorded by the Topnotes, and produced by Phil Spector, who was still learning his craft. The Isleys version spurred other covers, notably by a band from Liverpool, England.

The trio spent three or four years with Motown, but like other groups that weren’t developed in house, such as the Spinners, they would fare better elsewhere. They did have one Top 40 hit, This Old Heart of Mine (Is Weak for You) [LISTEN], which went to #12 in 1966, but which would become a bigger hit for Rod Stewart, featuring Ronald Isley, when it went to #10 in 1990. 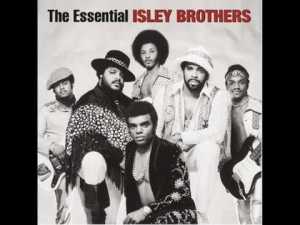 Their biggest hit was It’s Your Thing [LISTEN] which soared to #2 in 1969. “By 1971, the Isleys’ younger brothers Ernie Isley and Marvin Isley and brother-in-law Chris Jasper started to add musical input to the band’s music.”

The big hit for them in 1975 was Fight the Power [LISTEN] which does, I should note, have an eight-letter word starting with bull contained therein.

After this, the brothers continued to perform in different combinations. Kelly succumbed to a heart attack in 1986, and Marvin died from diabetes in 2010.

They were inducted into the Rock and Roll Hall of Fame in 1992.
***
Beastie Boys send copyright threat to toy company that remixed “Girls” However:
Before GoldieBlox, Beasties plundered the “Girls” melody (fair and square): “Here’s a timely (and fully rockin’) reminder that the Beastie Boys plundered the melody of The Isley Brothers’ ‘Shout’ for Girls.” 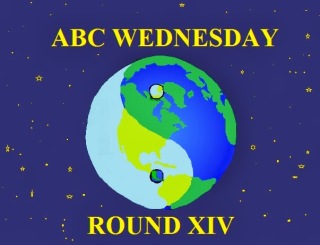 24 thoughts on “I is for the Isley Brothers”