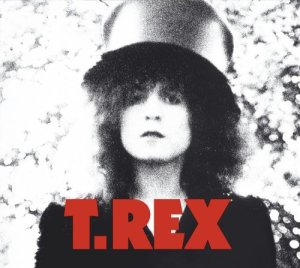 Got a bunch of questions, great questions. Gracias. I’ve been thinking about them, some of them A LOT, but some are going to require longer answers than others, and I’ll have more time in the next week or two (I hope).

In the meanwhilst, here’s a few from New York Erratic:

Were you ever into fossils or dinosaurs? What is your favorite dinosaur?

Not in any kind of systematic way. I mean they were collectively cool, but I didn’t study them very thoroughly. I got frustrated that several of the ones I knew as a child have totally different names, and theories as to their origins are different. Some are now birds that were thought to have been reptiles, etc. Rather like the planets of our solar system, where I once knew how many moons each planet had, but no longer. I’ll pick T-Rex; always liked Bang A Gong [LISTEN].

Have you ever had your IQ tested? When? What was your IQ?

Yeah, at least a couple times, but they never told us. Once in fifth or sixth grade, some of my classmates discovered our scores but no names were attached. Someone was in the 140s, and we all figured it was friend Carol (not my wife Carol). There were three or four in the 130s, which we surmised were friends Karen, Bill, and me. But we really had no idea.

Did you ice skate as a kid?

I don’t believe so. I have no recollection of it. And not as an adult except once, and it involved wooing Carol (my now-wife).

How do you memorize skits for plays? (This one is fairly urgent… 😛 )

Repetition, optimally with another person, or persons, reading the other parts. But I HATE doing long speeches, soliloquys, because I have a hard time memorizing them. Unless they’re poetic, and I can make a song out of them.
***
SamuraiFrog wants to know:

At what age did you feel like you became an adult?

I suppose it was when I bought a house, and I was 47. Not sure I like this growing up stuff.
***
Jaquandor, who is in the midst of answering MY questions to him, wants to know:

You’re given enough money for a road trip someplace in the US…not enough to fly anywhere in the world, but enough that you can pay for gas, food, and lodging someplace in this country. Where do you go?

I’d do a bunch of baseball parks by train. But if we’re talking a single location, I’ll pick Juneau, Alaska, because it’s the farthest state capital one can get to by land. If I’m limited to the continental US, then Seattle, WA or Portland, OR, because I’ve never been to either of them, and they are in states as far from me as possible.

What was the first comic you remember reading? And the first book?

The first comic I have no idea. It may have been Archie, or Richie Rich, or some other Harvey Comic. The first superhero comic was almost certainly DC, Legion or maybe Justice League.

I had these Golden Books, but I don’t quite remember them individually. I also had the Golden Book Encyclopedias, and those I remember reading voraciously.

What was the first movie your parents took you to?

Not sure. Can’t remember seeing any movies with my father except for the drive-in. Maybe it was the 1960’s version of State Fair; or did I go without my mother? 101 Dalmatians? Early on, it was West Side Story.

What was your favorite candy as a kid?

It was this red shoestring licorice we bought about two blocks from the school, right across the street from friend Bill’s house.

Do you Kiss your wife and daughter in public? Did your parents kiss you in public?

Yes, and The Daughter still lets me! Not that I can recall, and I don’t know if they kissed my sisters either.
***
You can still Ask Roger Anything.