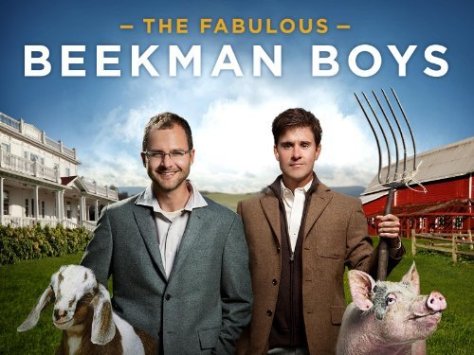 After breakfast at the Limestone Mansion in Cherry Valley, NY, the Saturday of Memorial Day weekend, Loretta, the co-owner, asked The Wife and me if we were going to the Sharon Springs Garden Party. We had no idea what the heck she was talking about. In the nearby town of Sharon Springs, there have been events in the spring and fall that the whole town is involved with.

But before hopping into the car, we decided to stroll, first uptown to the library, which was closed because there was a book sale downtown. (These are not great distances; the population of the village was 520 at the 2010 Census.)

No, I DON’T need any more books. Still, in addition to signs for buy different books based on various criteria, they had one that said. “Book bag – $10. Book bag filled with books – $10.” I cannot resist. Got some books for the Daughter. The Wife’s great find was a recipe book of the great inns of the area. I always wanted to read The Hornet’s Nest by Jimmy Carter, the first work of fiction ever published by a U.S president. Somehow, I find myself helping one of the organizers put together the books by Nora Roberts, James Patterson, Patricia Cornwell, and other fiction authors. I had such comradery with these people who, twenty minutes earlier, were total strangers. My efforts were appreciated, which was extremely affirming.

Then we drove about seven miles to the Sharon Springs school, where buses brought us the mile or so into town. Lots of great vendors. At least two of them were using something called Square to accept my credit card, whereby I sign using my fingertip. Unfortunately, the rains came, but we hung out on the lengthy front porch of The American Hotel, a once-beat-up old building that has been revitalized, as has the town.

As the rains let up, we wandered over to Beekman 1802 Mercantile, this upscale chichi store with goat cheese, fancy soaps and the like. It was really crowded, and I stood off to the side, as I watched who I thought was one of the salespeople, most clearly from New York City. In fact, it turned out to be Brent Ridge (above right), one of the owners, with Josh Kilmer-Purcell, of the store. Ah, these were The Fabulous Beekman Boys, who bought a farm in 2007, have had a reality show about said farm (which I haven’t seen), WON the reality show The Amazing Race in 2012 (ditto), and got married in the spring of 2013. The Wife enjoyed the store experience more than I, who was feeling a tad claustrophobic.

We returned to the Limestone, then planned to make reservations for dinner, but our cellphones NEVER worked in either Cherry Valley or Sharon Springs; Verizon, si, Virgin Mobile, no, we later learn. Decided to chance walking to The Rose and Kettle, based on its great reviews, but, already at 6 p.m., it was already booked.

We went across the street to the Cantina de Salsa. It too was booked, but we could, and did, sit sand eat at the bar. I had a margarita, one of the few times I want added salt. My bride had a Sangria, with orange juice squeezed fresh in front of us. He had just a little left over which he put in a mini shot glass for me; can’t tell you why, but it was funny, which was what he was going for.

The guy next to me, obviously a regular, left for a time to see a lady about a cat; his mom’s cat had died after 18 and a half years. He came soon thereafter because the lady was making pot pie.

Somehow, the lyrics from a song from Oklahoma! came up: “It’s a scandal! It’s a outrage!” I noted the intentional linguistic error, and Cat Guy asked if I were an English teacher. I said, no, but my wife is. He concluded that her skills have rubbed off on me.

The bartender, who I suspect was an owner, or THE owner, was bright, attentive and entertaining. I can think of only one specific example. Cat Guy made some comment, and just then the Stray Cats came on the radio, which he noted, and I appreciated the segue.

The food was good too, and filling. At the end of our time there, the bartender said that he really appreciated serving us, and that was not “just a default line.”

We needed to walk off dinner, so we wandered around town looking for an apparently non-existent pay phone. As we came back by the Cantina, Cat Guy was out front, so I asked if HIS cellphone worked here. It did, and I called my in-laws to make plans for Sunday brunch. I didn’t hear this, but Cat Guy was so impressed that I remember that his mom had had the cat for 18 years; I actually remembered the half, but it seemed too weird. In any case, he said that she must be lucky to have such a great listener as a husband. What else could she do but to agree?

That was the second time that day we had borrowed a telephonic device. The first was a table at the Garden Party, when a young woman offered to call the Tryon Inn so we could make Sunday reservations; she is friends with the new chef. That meal was also quite good. Afterwards, we got to meet the sous chef, who has been cooking for 13 years, though she’s but 20; and the aforementioned young chef.

A lovely weekend. (A sidebar story to come.)

3 thoughts on “The Beekman Boys; and my librarian ways”