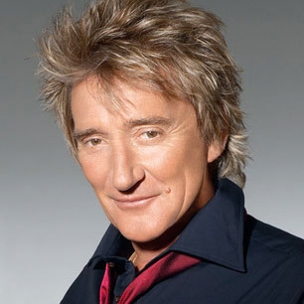 I have the this like-meh feeling about singer Rod Stewart, who turns 70 today.

A couple of his early albums I own. Gasoline Alley [LISTEN] features the great Bobby Womack soul classic It’s All Over Now and a nice cover of Elton John’s Country Comfort.

Then he released the near-perfect album Every Picture Tells A Story [LISTEN] in 1971. Side two of the LP was extraordinary, with the #1 hit Maggie May, Mandolin Wind, the Motown hit (I Know) I’m Losing You, and closing with Tim Hardin’s Reason to Believe.

The title of his third album with the Faces, A Nod Is As Good As a Wink… to a Blind Horse, made me laugh. It featured the hit Stay With Me [LISTEN], which went to #17 in 1972.

I enjoyed some of his subsequent hits, such as You Wear It Well. But I wasn’t that big a fan of the period that included Tonight’s the Night and Da Ya Think I’m Sexy?, let’s just say, and I mostly didn’t pay much attention to him subsequently.

Something that singularly did NOT interest me was which blonde woman he was dating or married to at any given time, a topic of seemingly endless fascination by others.

By the 21st century, he was still putting out songs. But from 2002 through 2010, he started releasing tunes from The Great American Songbook, something lots of singers, from Linda Ronstadt to Paul McCartney have done. They were pleasant albums, what I heard of them.

The album I found most unpleasant was his 2009 release, Soulbook. It was covers of his most successful era, the 1970s, but, to my ear, he brought nothing new to the table; I thought it was ironically soulless.

Here’s 144 minutes of what someone dubbed the Greatest Songs of Rod Stewart.

You might see Rod riding the NYC subway. He was recently sued for reusing an image of the back of his head.