Most Americans probably know Abraham Lincoln better than any other President. He’s the only one, other than John Kennedy, whose birth day (February 12, 1809) and date of death (April 15, 1865) I know by heart.

So why are historians endlessly fascinated by the 16th President to a degree that there are over 2500 biographies of the man? Maybe it’s because the simple narrative of Honest Abe, born in a log cabin, who saw slavery as an issue worth fighting a Civil War over is instinctively such an incomplete narrative.

2009 was the bicentennial of Lincoln’s birth, and there were a number of pieces on PBS (public broadcasting in the US) about the man shed new light on him for me, and possibly for you as well.

Bill Moyers discussed THE LINCOLN ANTHOLOGY: GREAT WRITERS ON HIS LIFE AND LEGACY FROM 1860 TO NOW is a collection of more than 90 authors from across the years who create a constantly evolving portrait of the man whose shadow keeps lengthening across our history.

Moyers also highlighted Lincoln through the eyes of critically acclaimed, veteran dance artist Bill T. Jones. “In a groundbreaking work of choreography called FONDLY DO WE HOPE…FERVENTLY DO WE PRAY, Jones reimagines a young Lincoln in his formative years through dance.”

Jones said: “Lincoln was, in some people’s mind, always Honest Abe on a pedestal, but Lincoln had a sexuality. Lincoln was a politician. In the debates, Lincoln is the one that said to Douglas that, no, I would never marry a black woman. But I don’t — just because I don’t want a black woman for a wife doesn’t mean I must have her for a slave. And he even said, I’m not sure if all — if blacks and whites are equal, you know. But he said, people have the right to certain liberties. They have certain rights because they are in America. He was a man of his era.”

Also, from a conversation with Henry Louis Gates, Jr.:

What made Lincoln such a unique president?

Lincoln had a tremendous capacity for personal growth – more than any other American President. He was essentially a man of his times, resolute in his belief in the inequality of the races. But within the cauldron of the Civil War, he began to see that there could not be a United States without freedom for the black man. He came to embrace blacks, particularly those that fought so valiantly for the Union, as fully deserving the basic human right of freedom. He was slow to the cause to be sure, but once he got there, he was unshakable. Now, we will never know how far he might have gone had he lived. That’s part of the mystique that still surrounds him: the question “what if?”

Why is Lincoln’s legacy so contested?

Because Lincoln is so closely identified with what it is to be American, everyone wants to claim him, to rewrite his story to satisfy their own particular needs. For my own people, it was important to imagine him as the Great Emancipator, the Moses who led us out of slavery. For others, it was Lincoln the humble man who rose to greatness, or Lincoln the great Commander, or Lincoln the martyr. Every generation since his death has conjured up their own Lincoln. There were many Lincolns — enough for people to love and hate.

That explanation of the third US President (of eight) to die in office, but but the first (of four) to be assassinated, resonates with me. We project onto Lincoln, who was only 56 when he died, who he was and who he might have become. This might explain the release just last month of the generally positively-reviewed novel Abraham Lincoln: Vampire Hunter. No, really.

The Debt
When he was an attorney, Abraham Lincoln was once approached by a man who passionately insisted on bringing a suit for $2.50 against an impoverished debtor. Lincoln tried to discourage him, but the man was bent on revenge. When he saw that the man would not be put off, Lincoln agreed to take the case and asked for a legal fee of $10, which the plaintiff paid. Lincoln then gave half of the money to the defendant, who willingly confessed to the debt and paid the $2.50! But even more amazing than Lincoln’s ingenuous settlement was the fact that the irate plaintiff was satisfied with it.*

ABC Wednesday
The largest of over 100 places in the US named Lincoln is in Nebraska. 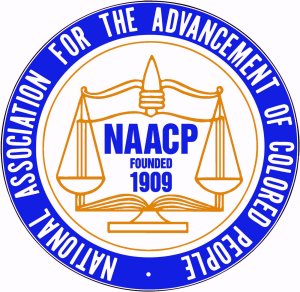 Today marks the centennial of the National Association for the Advancement of Colored People. The linkage to Lincoln was more than coincidental. Mary White Ovington, one of the founders, wrote in 1914: “In the summer of 1908, the country was shocked by the account of the race riots at Springfield, Illinois. Here, in the home of Abraham Lincoln, a mob containing many of the town’s ‘best citizens,’ raged for two days, killed and wounded scores of Negroes, and drove thousands from the city. Articles on the subject appeared in newspapers and magazines. Among them was one in the Independent of September 3rd, by William English Walling, entitled “Race War in the North.” She and others heard Wailing’s call to address the issue, and it was decided “that a wise, immediate action would be the issuing on Lincoln’s birthday of a call for a national conference on the Negro question.”

I will recommend to you the timeline of the organization’s history. You may also be interested in reading Chairman Julian Bond’s 2008 NAACP Convention speech, where among other things, he castigates virtually every US President of the 20th Century, save for LBJ, on the issue of race. I note this only in the context of those who believe that “freedom” was achieved in 1865 or shortly thereafter.

It feels to me, though, that the group is probably more known these days for its Image Awards (airing again tonight on FOX, feting Muhammad Ali) than for its import in the civil rights movement. The current president lays out the goals for the next century.
***
This is also the 200th birthday of Abraham Lincoln. Has there been anyone in the last 1900 years written about more often?

So, I was interested to note that the Library of Congress will digitally scan “The Heroic Life of Abraham Lincoln: The Great Emancipator” as the 25,000th book in its “Digitizing American Imprints” program, which scans aging ‘brittle’ books often too fragile to serve to researchers. The program is sponsored by a $2 million grant from the Alfred P. Sloan Foundation. The Library, which has contracted with the Internet Archive for digitization services, is combining its efforts with other libraries as part of the open content movement. The movement, which includes over 100 libraries, universities and cultural institutions, aims to digitize and make freely available public-domain books in a wide variety of subject areas.

All scanning operations are housed in the Library’s John Adams Building on Capitol Hill. Internet Archive staff work two shifts each day on 10 “Scribe” scanning stations. The operation can digitize up to 1,000 volumes each week. Shortly after scanning is complete, the books are available online at www.archive.org. Books can be read online or downloaded for more intensive study. The Library of Congress is actively working with the Internet Archive on the development of a full-featured, open-source page turner. A beta version, called the Flip Book, is currently available on the Internet Archive site.
***
With Malice Toward None: Abraham Lincoln Bicentennial Exhibition