I was thinking of the changes that the USCIS has made in the citizenship test to become a U.S. citizen. Just based on this sampling, the new test seem more vague.

TEST before October 1, 2008 – Sample U.S. Citizenship Test Questions:
1. How many stars are there on the US flag?
2. How many states are there in the Union?
3. What color are the stars on our flag?
4. What do the stars on the flag mean?
5. How many stripes are there on the flag?
6. What date is the Day of Independence?
7. The US achieved Independence from whom?
8. What country did we fight during the Revolutionary War?
9. Who was the first President of the United States?
10. What do we call a change of the Constitution?
All pretty straightforward, I think. (If you need the answers, e-mail me.)

REDESIGNED TEST – Sample U.S. Citizenship Test Questions:
1. Name one war fought by the United States in the 1900s.
OK, pretty easy. Well, unless you get all technical about it. If Congress is supposed to declare war, are the armed conflicts the US has had after WWII actually wars?
2. What did Susan B. Anthony do?
Well, I’m sure she DID lots of different things, such as eating breakfast. I know that fighting for women’s suffrage is the answer, but it feels awkwardly phrased.
3. What is one thing Benjamin Franklin is famous for?
Would philandering be an acceptable answer? Yeah, they want the almanac, electricity, the stove, eyewear, diplomat to France and that type of thing, but again, pretty open-ended.
4. There were 13 original states. Name three.
Pretty easy – just stay on the east coast and don’t pick Maine, Vermont or Florida.
5. What is one responsibility that is only for United States citizens?
Huh? Is this a reference to voting? If so, other people vote in their own countries and lots of people here don’t. If it’s serving on juries, lots of people get out that. Non-citizens serve in the military, and most citizens don’t.
6. What does the judicial branch do?
I get a lot of right-wing literature, so if someone wrote “make law”, they might very well think they’re right.
7. Name your U.S. Representative.
Now, THAT’S a good question. Mine’s Paul Tonko, freshman Democrat.
8. Who makes federal laws?
Unless you answer The Supreme Court, easy one.
9. What does the Constitution do?
Well it DOES a lot of things, including setting terms of government officials. Another amorphous question.
10. What is the supreme law of the land?
Ah, a tough but knowable question. Article VI of the Constitution of the United States contains the “supremacy clause,” which establishes that laws passed by Congress, treaties of the United States with other nations, and the Constitution “shall be the supreme Law of the Land.”

Here’s another sample test; looks rather old school, though. For new test guides, I’d go to the USCIS site.

I recently took one of those Could you pass the U.S. citizenship test? things on Facebook and got 19 out of 20; don’t know what I missed. Being an American, and hearing how some of my fellow citizens interpret things, I’ve long believed that non-Americans might well fare better on the citizenship test than those born in the USA.
***
Curious thing: I was riding my bike to church a week and a half ago and, as usual, checked out the license plates. understand that church is only 1.6 miles from my house, according to Mapquest. I saw plates from the states of MA, NJ, and VT; not at all unusual. I also saw plates from PA and FL, not rare. (Folks from Florida often come north for the summer.) But I also saw CA, DE, MD, MI, OH, RI, SC, TX, VA, and WI. It was not a college graduation weekend. Most peculiar. 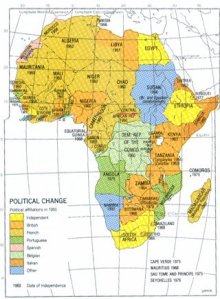 I have long been fascinated with the western African nation of Liberia. I have a friend at my former church from Liberia who has traveled back to her homeland a number of times in the last 25 years, when it was safe to do so.

Looking at the map above, there were only four countries on the whole continent that were independent when I was born; much of the rest were colonies of Europeans. Sudan was controlled by an Anglo-Egyptian combo, and the Union of South Africa, as it was then known, controlled Southwest Africa, now Namibia. And it wasn’t that long ago before that Ethiopia had been taken over by Italy before and during World War II.

So what IS this place with a flag very similar to that of the Unites States, an island of liberation in a sea of colonies in west Africa with a capital named for a U.S. President? And what is the relationship between the countries of the red, white and blue?

The roots of what came to be known as Liberia came from an unlikely mix of people who formed the American Colonization Society. From the Wikipedia post: “Supporters of the ACS may be divided into three main groups. The first consisted of those who genuinely felt that it was the best solution to a difficult problem and might lead to a gradual emancipation. Another smaller group was a pro-slavery group who saw removal as an answer to the problems associated with ‘dangerous’ free blacks. Perhaps the largest group of supporters was made up of those who opposed slavery, but did not believe in anything remotely resembling equality of the races.” Thus, the Society was supported by an unlikely combination of free blacks, abolitionists and slave holders, though by no means a majority in any of those groups.

The “settlement of freed slaves from the US in what is today Liberia began in 1822” with the active and tacit support of American political leaders. “By 1847, the Americo-Liberians were able to establish a republic.” But there was, for many years, tensions between the resettlers and and the folks native Africans who were forced to accept them. It didn’t help that those who once had been in the Western Hemisphere and their progeny tended to look down on the natives.

From the CIA World Factbook: “William TUBMAN, president from 1944-71, did much to promote foreign investment and to bridge the economic, social, and political gaps between the descendants of the original settlers and the inhabitants of the interior.” This was facilitated by the United States, which “began providing technical and economic assistance that enabled Liberia to make economic progress and introduce social change. Both the Freeport of Monrovia and Roberts International Airport were built by U.S. personnel during World War II.”

Unfortunately, the last couple decades of the 20th Century found the country rife with instability. “In 1980, a military coup led by Samuel DOE ushered in a decade of authoritarian rule. In December 1989, Charles TAYLOR launched a rebellion against DOE’s regime that led to a prolonged civil war in which DOE himself was killed. A period of relative peace in 1997 allowed for elections that brought TAYLOR to power, but major fighting resumed in 2000. An August 2003 peace agreement ended the war and prompted the resignation of former president Charles TAYLOR, who faces war crimes charges in The Hague related to his involvement in Sierra Leone’s civil war.” Indeed, just this month, Taylor’s lawyers asked for a U.N. tribunal to acquit their client of all charges.

“After two years of rule by a transitional government, democratic elections in late 2005 brought President Ellen JOHNSON SIRLEAF to power…President JOHNSON SIRLEAF, a Harvard-trained banker and administrator, has taken steps to reduce corruption, build support from international donors, and encourage private investment…The UN Mission in Liberia (UNMIL) maintains a strong presence throughout the country, but the security situation is still fragile and the process of rebuilding the social and economic structure of this war-torn country will take many years.”

Despite the history, the United States does not appear to have a “special relation” with Liberia, as the United Kingdom, for instance, has with the Commonwealth or the French has with some of its former colonies.
***
I’m taking a wild guess that no one in the ABC Wednesday group picked Liberia, no?
ROG

As you can see from the map above, I’ve been to 30 of the 50 states, plus the District of Columbia.

The pictures interspersed in this piece are from my trip to my 30th state by some measure, Illinois, specifically Chicago, different shots from my piece on Chicago here. By other measurements, though, I’d already been there, since I’d been through Chicago’s O’Hare Airport 20 years ago. In any case, the descriptions below do not include airline layovers, and there now no states for which being at the airport is the only connection.

I started thinking: what were the circumstances of the first trip to each state I visited? 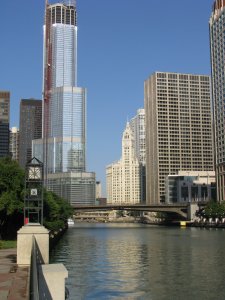 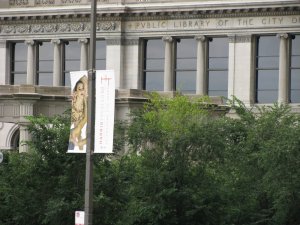 Day trip to adjacent state: Connecticut, Massachusetts, Pennsylvania, South Carolina, Vermont.
When I was growing up, my friend Carol’s family had a cottage south of Binghamton, just inside the PA border.

State visited en route to another place: Delaware, Maryland, New Jersey, Virginia, West Virginia.
I feel guilty actually counting Delaware, since it was on a trip to DC. But I did eat there; the rest of them I’ve actually slept in. 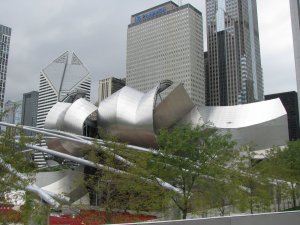 Work-related, FantaCo: California, Wisconsin
California was a twofer. FantaCo flew me out to San Diego in 1987 for the Comic Con and I stayed with my sister, who had moved there a year or two earlier.

Work-related, SBDC: Colorado, Florida, Illinois, Kentucky, Louisiana, Oklahoma, Texas, Utah
In fact the ONLY time (or in the case of FL, times) I’ve been to those states.

Finally, in 1969 or 1970, a bunch of us from high school traveled to Tennessee to help the folks in a very poor rural county. At some point, we were out wandering around without our adult supervision when we came to a sign: Now entering Mississippi. We walked about a half mile before we thought better of the idea of a bunch of northern high school kids of mixed races wandering around in rural Mississippi and returned back to the Tennessee farm we were visiting.