And in an act that defies logic, I am now answering questions that New York Erratic answered for me, even though I gave them to her, based on questions Lisa posted, and which Dustbury also answered… Oh never mind.

1. What is your dream vacation spot and why?

It would be a place by water, preferably running water, like a river or a waterfalls, because I love water; maybe it’s the Pisces in me. It would be neither too hot or too cold. Maybe END_OF_DOCUMENT_TOKEN_TO_BE_REPLACED

The day after Thanksgiving, I found myself at the flagship Macy’s store in Manhattan with The Wife, The Daughter, my eldest niece, her husband, and a couple of their friends. I also saw a guy I knew from Albany walk by.

The Macy’s windows are great, because they’re so imaginative. On one set of windows was the retelling of END_OF_DOCUMENT_TOKEN_TO_BE_REPLACED

Jaquandor has been offering Your Daily Dose of Christmas.

The Bells of Christmas by Julie Andrews from a Firestone tire LP I still own.

The Dream Isaiah Saw, plus the backstory of the song, the lyrics and another rendition.

A couple years ago, a very good friend of mine, someone who has known me for decades, said I was an iconoclast. I suppose that’s true; other people have said over the years that I march to the beat of a different drummer.

Most people listen to “Christmas music” between Thanksgiving (or earlier) and Christmas. Not another note after that, because the tree has already been literally thrown to the curb. I put “Christmas music” in quotes because so much of it has nothing to do with Christmas. Certainly all the secular songs about Santa and reindeer are about Christmas. And some of the religious stuff, though, since we are in Advent, not Christmastime, you may not have noticed here are more about the baby having been born than anticipation of the event.

(One of my favorite podcasters mused whether River by Joni Mitchell is a Christmas song. I say: absolutely. It speaks of cutting down trees, and reindeer; it may express ANXIETY over the holiday – they’ve made whole movies about THAT – but it’s no less applicable.)

Then there are those songs that just have to do with cold weather. Now these have NOTHING to do with Christmas whatsoever: Jingle Bells, upon which River is based; Jingle Bell Rock; Frosty the Snowman; Winter Wonderland; and especially Baby, It’s Cold Outside. But try playing Sleigh Ride or Let It Snow in early February; people would think you are crazy.

I tolerate listening to the music starting on November 22, which is the earliest date Thanksgiving can occur – it was on November 28 this year, the latest it can take place. But I don’t start playing tunes until December 6, recognizing some European tradition, and don’t stop until January 6, at the end of the 12 days of Christmas. Hope that doesn’t weird you out.
***
The American Family Association’s Naughty Or Nice List And The Vapidity Of The ‘War On Christmas’

If Lennon hadn’t been shot in 1980, do you think there would eventually have been a Beatles reunion? If so, what form? A one-shot performance at something like Live-Aid? A new album?

John and Yoko’s album Double Fantasy comes out in the fall of 1980. It does all right [not as well as it did in response to Lennon’s death]. They put out Milk and Honey a year later; ditto. They tour for a few months.

Around 1982, George, whose career was in a bit of a downturn – no All Those Years Ago hit single – plays on a John and Yoko album. John and George play on Ringo’s comeback album.
END_OF_DOCUMENT_TOKEN_TO_BE_REPLACED

I think that, as I’ve gotten older, the thing about Christmas that excites me has changed. For one thing, “stuff” doesn’t have the same impact; not that I don’t love my Hess trucks, or whatever else I get. What I’ve discovered, though, that the more items you have, the more you have to deal with.

What I DO love, though END_OF_DOCUMENT_TOKEN_TO_BE_REPLACED 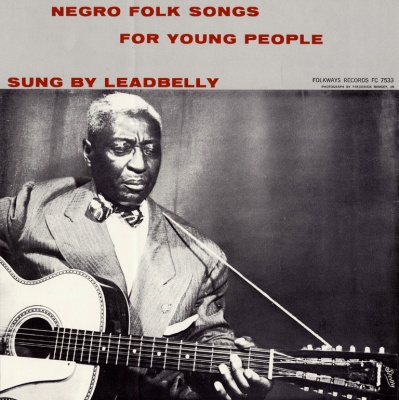 My father had, and I currently own this album, pictured. It came out in 1960, I believe, because I listened to it a lot.

The LP came out well after Leadbelly died, in 1949. I’ll have to write about him sometime. And it got me thinking about the song Christmas is A-Comin’ [LISTEN], END_OF_DOCUMENT_TOKEN_TO_BE_REPLACED

Someone once asked me why I want you, dear reader, to ask me anything, and I mean anything. It’s because I tend to write about what I’m comfortable writing about, unsurprisingly. I’m hoping that you will ask me things that may not be in my comfort zone. Certainly I want you to ask me things that I would not have thought to have answered.
END_OF_DOCUMENT_TOKEN_TO_BE_REPLACED 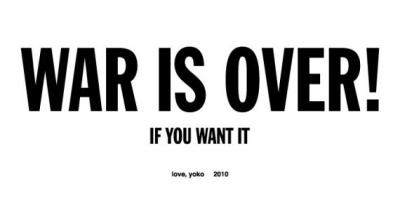 (Dateline: Albany, NY) Roger Green, founder and president the organization Christmas Or Other Labels (COOL), has declared the war on Christmas in the United States to be officially over. People celebrating the holiday religiously, those celebrating it socially, and those not celebrating it at all were all declared victors in emotional celebrations across the country.

The Christian folks have decided that, while it IS approaching Christmas in December, there ARE people who practice other religions, or no religions at all, and they are determined to be COOL about it. END_OF_DOCUMENT_TOKEN_TO_BE_REPLACED

We’ve been married over 13 years. You’d think The Wife would have figured out the rules about Christmas gifts by now. Maybe I’m too subtle.

Back in September, she made a passing remark about some of the things she might want for Christmas. One of them was a health book; she actually has an earlier iteration, from the 1970s, but it’s now up to the ninth edition.

In October, she comes home from the bookstore with that very book! She says, “Look at what I got!” I harrumphed; I had just ordered it on Amazon that week, and it was too late to cancel. She didn’t see this as a big deal; I did END_OF_DOCUMENT_TOKEN_TO_BE_REPLACED