A cover song is a version of a recording released subsequent to the original one. Sometimes the most popular version is a cover: Good Lovin’ by the Young Rascals [LISTEN] was initially recorded by someone dubbed Lemme B. Good, then was a minor hit by The Olympics [LISTEN], which I own. I Heard It through the Grapevine was a massive hit for Marvin Gaye [LISTEN], though the original by Gladys Knight and the Pips [LISTEN] (my preferred version, actually) went to #2 on the US charts a year earlier. 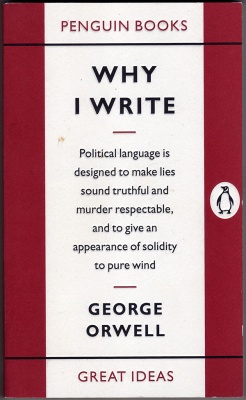 My old college friend Claire is 55 and Still Alive. Her late father, BTW, was awarded the Bill Finger Award at Comic-Con 2012.

Jaquandor’s review/reflection about the book Making Piece: A Memoir of Love, Loss, and Pie by Beth Howard, which is about processing grief. And dessert. Check out her website.

“Recent DNA and genealogical evidence uncovered by Ancestry.com researchers suggests that President Obama is a descendant of one of America’s first documented African slaves. What surprised many is that END_OF_DOCUMENT_TOKEN_TO_BE_REPLACED 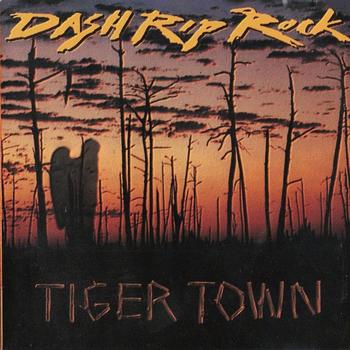 In the course of my job, I’m on the Internet. A LOT. And invariably, I find items that are incorrect. Whether I bother to correct them depends on whether I think it’s substantial enough that someone else might assume it’s correct and restate it as fact.

I’ve only fixed two thing on the Wikipedia, as far as I can recall. One, which I did with Steve Bissette, was a major overhaul of the FantaCo post; still imperfect. The other was back in 2006, when someone indicated that the next Presidential campaign was in 2007, rather than 2008. But I do not find the need to add END_OF_DOCUMENT_TOKEN_TO_BE_REPLACED 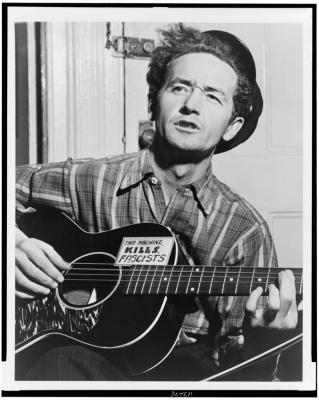 As I have noted, my father was a singer of folk songs when I was growing up in Binghamton, NY. I did not usually know the source of the tunes that he performed, though I have subsequently have been discovered some of this information.

Back around 2002 or 2003, The Wife and I went to see Woody Guthrie’s American Song at Capital Rep Theatre, when this brace of songs, Worried Man and Ain’t Gonna Be Treated This Way came up. Both of them were in my father’s repertoire, especially the former. This was END_OF_DOCUMENT_TOKEN_TO_BE_REPLACED 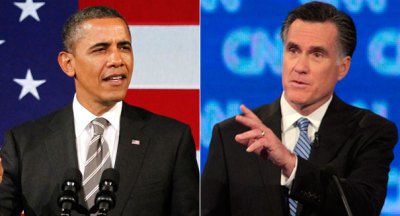 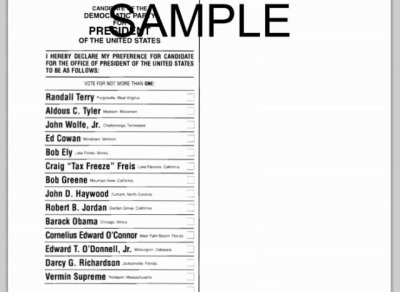 Vernon Supreme for President. Just one of about four dozen candidates on the New Hampshire ballot.

From here: “When Steve Jobs died…, deification from the media and inconsolable consumers made gripes about Apple’s use of sweatshops seem like the cynical mumblings of contrarians. The problem is that there’s plenty of documentation and reporting that supports the criticism.” See also this: “Mike Daisey was a self-described ‘worshipper in the cult of Mac.’ Then he saw some photos from a new iPhone, taken by workers at the factory where it was made. Mike wondered: Who makes all my crap? He traveled to China to find out.” 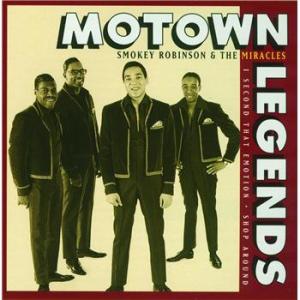 I love good cover versions of songs. Came across a rather fine list from Popdose. And I so agree with the opening statement: “It’s generally agreed upon that if you don’t have any new flavor to add to the original, you shouldn’t bother doing a cover.”

Certainly can’t argue with the top two, “Respect” by Aretha Franklin*, originally performed by Otis Redding*; and “All Along the Watchtower” by Jimi Hendrix*, originally done by Bob Dylan*. Both of the original artists have acknowledged the transformative nature of these covers. A previous list I saw contained songs that I had never heard of in the Top 10, which I discovered were less than six years old; seems to me these songs need to stand the test of time

But I have one nit to pick over this list, and it’s around the song “I Heard It Through the Grapevine.” As noted here and elsewhere, the song by Motown staff writers Norman Whitfield and Barrett Strong was first recorded by Smokey Robinson and the Miracles* on August 6, 1966. And Marvin Gaye* recorded his version on April 10, 1967. But Berry Gordy, the head of Motown, hated the song & vetoed the releases by both artists. END_OF_DOCUMENT_TOKEN_TO_BE_REPLACED 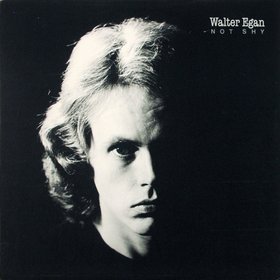 I happen to catch the song Magnet and Steel by Walter Egan at my bank, which is also a Starbucks You can LISTEN to it HERE. The backstory: Stevie Nicks sang on this track, and provided inspiration for the lyrics.

I’m a sucker for albums that have a title song but isn’t the title of the album. The album title is Not Shy, a reference in the song. “With you, I’m not shy.”

In Kill to Get Crimson by Mark Knopfler, the lyrics of Let It All Go include “I’d kill to get crimson on this palette knife.”

The title song of Simon and Garfunkel’s Parsley, Sage, Rosemary and Thyme is Scarborough Fair/Canticle. Negotiations and Love Songs, and Shining Like A National Guitar are collections of Paul Simon’s songs. The titles are taken from lines in the songs Train in the Distance and Graceland, respectively.

And of course, Nevermind by Nirvana is in reference to a word/words? in Smells Like Teen Spirit. (Oh, speaking of that song, a cover by 2 Cellos.)

Got any other examples of lines of songs that provide the title of an album?

Because I was out of town, I managed to miss a couple of significant cultural anniversaries. One was the 50th anniversary of the first real Marvel superhero comic, the Fantastic Four, by Stan Lee and Jack “King” Kirby. Mark Evanier explains why it had a November cover date. Check out this hour-long Kirby documentary. And here’s a link to the intro to the FF TV show.
*** 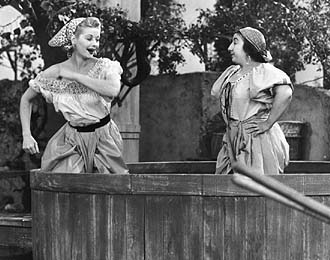 The other was the 100th anniversary of the birth of Lucille Ball. I watched most, if not all, of the episodes of every single one of her ongoing series, from the seminal I Love Lucy (1951-1957; 8.9 out of 10 on the IMDB scale), which started before even TV Guide and I were born, but lives through the clever concept known as the rerun; to the star-studded (and too long, in my recollection) episodes of The Lucy-Desi Comedy Hour (1957-1960; 8.6); to The Lucy Show (1962–1968; 7.3), which was the one with Lucy as Lucy Carmichael, Vivian Vance (Ethel Mertz in the earlier shows) as Viv, and Gale Gordon as Lucy’s testy boss, Mr. Mooney.
END_OF_DOCUMENT_TOKEN_TO_BE_REPLACED

I recently noticed that tomorrow would have been the 100th birthday of Robert Johnson. Don’t think you know him? I suspect that, if you listen to music, you probably do. He’s the guy who over a reasonably short period wrote and recorded a number of songs that became staples of rock and blues artists.

Probably the first Johnson song I heard was Crossroads by Cream a song a/k/a Crossroads Blues.