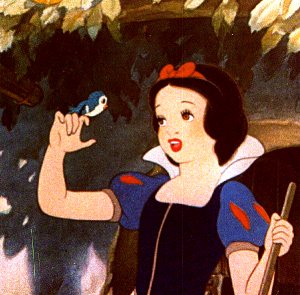 The day after our trip to Tanglewood, we decided to go to the Norman Rockwell Museum. It was showing “Snow White and the Seven Dwarfs: The Creation of a Classic,” which had opened on June 8 and would be available through October 27, 2013.

Chuck Miller has taken on the task of promoting the work of his “fellow Times Union community bloggers, until that day when the Times Union itself will restore the ‘Best of Our Blogs’ feature to the print edition of the paper.” And one of those “well-written articles” was mine. Merci, Chuck.

The specter of the Triangle Shirtwaist Factory looms over the garment factory that collapsed last month in Bangladesh, killing more than [1100] workers…. But the world is smaller than it was 102 years ago. Tragedies of this sort in the Third World aren’t engendered only by forces in their proximity, and they won’t be averted unless the responsibility for change is embraced globally. Also, Is Rana Disaster Bangladesh’s Triangle Fire? I wrote about the Triangle fire HERE.

Meryl’s quite reasonable concern: ‘truth’ is becoming ever-more illusive with advancing photoshop technology and our modern vehicles of ‘news resources’ and communication. Related: Since Twitter hasn’t built a correction feature, here are 3 things journalists can do instead. And Who’s The Biggest Liar?
END_OF_DOCUMENT_TOKEN_TO_BE_REPLACED

SamauraiFrog did this Disney Animated Feature Challenge a couple months ago…

1: Your favorite character
My favorite Disney character is Roger, the adult human in 101 Dalmatians, who sings Cruella de Ville. But of the more anthropomorphic, Donald Duck, who I used to do a poor imitation of.

2: Your favorite official princess
I suppose the more modern ones, like Tiana from the Princess and the Frog, or Belle from Beauty and the Beast.

3: Your favorite official prince
Excluding The Beast, they are pretty much interchangeable.

5: Your favorite hero (not an official prince)
Tramp, from Lady and the…

6: Your favorite cast of characters END_OF_DOCUMENT_TOKEN_TO_BE_REPLACED 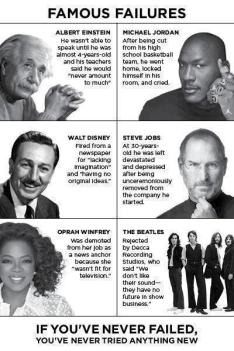 Local judge removes 5-year-old from grandparents to live with mom and known child abuser. “Local” being in Michigan, with the child being moved to Utah with a mother who had never been part of her life. This particular case involves Troy, the grandfather in question, who’s contributed the ABC Wednesday team. He’s not thrilled with the way the actual story came out – I’ve seldom liked stories I’ve appeared in myself – but the “justice system” is SO wrongheaded in this case, which, as I’ve linked to before, is not an isolated incident.

KunstlerCast #215: Nicole Foss Interview. Economic contraction and the fate of the nation.

Blogger Alvin McEwen has published a booklet called How They See Us: Unmasking the Religious Right War on Gay America, which deftly exposes the most common anti-gay propaganda. Also, conservatives file amicus brief in a case before the Supreme Court; they are supporting the plaintiffs in Hollingsworth v. Perry, the challenge to California’s anti-gay marriage referendum.

How Joe E. Ross (of Car 54) is NOT like Donald Trump or Michele Bachmann.

I mentioned Melanie LAST month; I COULD mention her weekly. This month, she talks about 17 years of defying death and fulfilling longed-for dreams, and for futures that are better than what we have known.

Jaquandor: On Snark and his eleven years (!) in Blogistan. Not only that, he answered some of my questions!

Shooting Parrots, on juries: “Has it come to the point where a group of citizens have failed to grasp the basics of the legal system or even a working understanding of the English language?”

Recovered suitcases from an insane asylum; this is a Kickstarter project I backed.

Why does bottled water have an expiration date? We HAVE some 2007 water in our emergency kit. Hmm.

I want THESE people to move my stuff; too bad they are in Japan.

One of many reasons why people hate Disney: Disney Refuses To Allow Epilogue To Appear In The Don Rosa Collection. You may not know the name, but if you ever read the Disney ducks, you’ve probably seen his work. The publisher Egmont has agreed to publish a link to career-end.donrosa.de in the final volume, which leads to the now unpublished text, a scathing indictment of compensation practices. (Mark Evanier clarifies this, but does not dispute, in Rosa’s case.)

A fine letter to DC Comics objecting to the hiring of hatemonger Orson Scott Card to write some Superman comics.

You can NOW hear my buddy, comic book artist Steve Bissette blather [his word] with Robin at Inkstuds: PART 1 and PART 2. Steve also noted on Facebook: “Note to self: NEVER FORGET END_OF_DOCUMENT_TOKEN_TO_BE_REPLACED 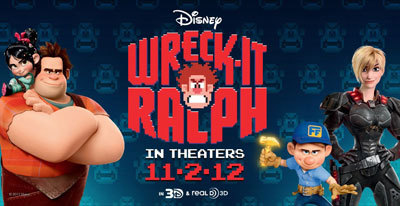 The local Police Athletic League was sponsoring movies at the nearby Madison Theatre Monday morning, $3 for kids, $5 for adults, and this included a small popcorn and a drink. There were three PG-rated choices playing: Life of Pi, which I thought might be too intense for the Daughter; Parental Guidance, with Billy Crystal and Bette Midler, which was the most attended, but not something I particularly wanted to see; and the animated Disney film Wreck-It Ralph. The cartoon won out.

There was an utterly charming animated short called Paperman END_OF_DOCUMENT_TOKEN_TO_BE_REPLACED 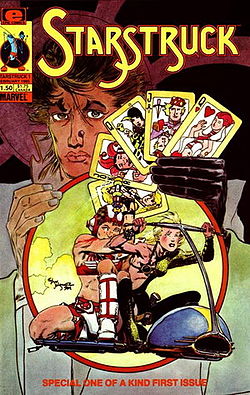 I’ve long been concerned about the expanding length and reach of copyright protection in the United States, and elsewhere in the world. The US Constitution, in Article I, Section 8, empowers Congress to “promote the Progress of Science and useful Arts, by securing for limited Times to Authors and Inventors the exclusive Right to their respective Writings and Discoveries.” [Emphasis mine.]

These ever increasing terms have the effect that media conglomerates have developed a sense of entitlement towards intellectual property, even when it’s not warranted.

Back in the 1980s, when I used to buy and sell comic books, Marvel Comics had this lovely line called EPIC. It was a place that creator-owned work, comic art NOT owned by Marvel Comics, as well as selected other items, could be published. END_OF_DOCUMENT_TOKEN_TO_BE_REPLACED