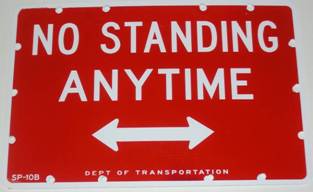 In that flurry of blog posts that Arthur wrote in December 2014 was one called Get Up, Stand Up, where he links to a video about how sitting too much will probably kill you. I relate to this greatly.

In my job at FantaCo (1980-1988), I stood at the counter, stood sat the table where I did mail order, even usually stood when I did the bookkeeping. But in my current job (1992-present), I sit a lot at a desk, at a computer. It explains not just my weight gain, but more specifically why my bad cholesterol (LDL) was too high, even when I am exercising.

I always remember this conversation, over 15 years ago, with my friend Dorothy. She was suggesting blowing off going to church choir rehearsal so so I could hang out with her and my future wife. As tempting as that might have been, I declined. It is better for me musically to get as much rehearsal as possible. Moreover, it would easily become the case that if I blow off one rehearsal, to blow off another, and another.

That’s because I’m basically lazy, and would rather read all day, or visit with y’all.

For me, the rhythm thing END_OF_DOCUMENT_TOKEN_TO_BE_REPLACED

I have tried to make it clear that I’m not especially good at building things, or putting things together. But I felt really good about taking something apart recently.

We bought a new, much larger shed back in the spring because the old one, which came with the house we bought in 2000, was falling apart, even rotting in places. Still, it was built sturdily enough that I couldn’t just pull it apart. Fortunately, I called my friend Norman, who brought me implements of destruction: a crowbar, a sledgehammer and a hacksaw. (He brought his son Sam, who I’ve known since he was a couple months old; he now has a beard, which is a bit disconcerting.)

The Daughter actually used a screwdriver to remove the doors. Then I used mostly the crowbar and took off the front, sides, and top. I thought the back would be tricky, it being so close to the fence, but I was then able to tip the shed over without having it crush me. Once the back was removed, the frame pretty much collapsed. I thought I might have to use the sledgehammer more often, but I picked it up only a couple times, to separate one section from another. This took about three hours over two days; there is still disposal to deal with, with the 2 by 4s going to my in-laws. Still, it gave me a real sense of accomplishment, something I achieve mentally all the time.

I often forget that I love doing physical labor. It doesn’t happen at my current job very often. At my position at FantaCo back in the 1980s, I would haul in the new comic books, or our publications. I’d wander around the store helping customers or work in the back room stocking inventory. But just doing exercise is boring to me; can’t watch video workouts. Riding the bike is good because it’s functional. The now rare opportunity to play racquetball is fun. Using the stationery bike is OK because I can do something else (read, watch TV).

It’s this need that explains why I helped our choir director move last month. I LIKE moving other people; it’s good physical exercise, but lacks the emotional angst of moving oneself. It was only the unloading side, too; he got professional movers to load the truck; all the movers, three other volunteers and I had to do was unload. As moves go, a piece of cake.

One of those year in review quizzes from Jaquandor.

Did you keep your New Years’ resolutions, and will you make more for next year?

Technically, I didn’t make any, in that I didn’t write any down. But probably not. Haven’t figured how to do more exercise without it feel like exercise. Probably played racquetball a half dozen times in 2011; used to play 200 times a year before the local Y closed, but dropping off the daughter at school then needing two buses (or a bike and a bus, if the weather’s decent) to get to work has made getting to play at Siena College difficult.

I keep threaten myself to stop blogging; what I HAVE done is blog (slightly) shorter, especially in December.

Did anyone close to you give birth?

Actually, yes. My co-worker/fellow librarian Amelia and her husband Brian had baby Charlie on October 9. I won the office pool. Charlie was due October 8. I picked 9th day of the 10th month of the 11th year at 12:13 pm END_OF_DOCUMENT_TOKEN_TO_BE_REPLACED