What was the greatest joy in the last year?

It had to be Thanksgiving. My wife and daughter and I spent it at my second cousin’s house, just outside NYC, with her and her family, her sister, my eldest niece and her husband, a couple of my mother’s first cousins (the hostess’s uncles) and more. The next day, my family did Manhattan with the niece, her husband and her friends.

What do you think is really causing the deficit?

I just don’t know. It seemed that Bill Clinton had a real handle on reducing the deficit, but then, kablooey, it got all out of control. It’s totally mysterious.
END_OF_DOCUMENT_TOKEN_TO_BE_REPLACED

A couple weeks ago, Eddie, the Renaissance Geek, who has been one of the bloggers I have been following the longest, asked a series of questions.

Spinach, no lie. It was one of the few vegetables I would eat as a child, along with peas, corn, green beans, and carrots. In the day, it was all canned. Fairly recently (2013, maybe for my birthday), The Wife bought a can of spinach; it was AWFUL! Fresh, preferably; frozen, if necessary.

Yes, I was heavily influenced by Popeye, who was featured on some local afternoon kiddie shows on WNBF-TV, Channel 12 in Binghamton, on which I appeared a couple times.

Americans like to think that our elected officials are beholden to Us, The People. We have spirited elections, and if we don’t like Candidate X, we can vote for Candidate Y. Makes me feel all warm and fuzzy inside just thinking about it.

Then why does the FAA have a “no fly zone” over Mayflower, Arkansas being overseen by Exxon Mobil? “In other words END_OF_DOCUMENT_TOKEN_TO_BE_REPLACED

There’s this girl woman I’d known since before she was born. I met her mother when she was pregnant. After my daughter was born, though, we fell out of touch. She moved out of state about eight years ago.

Due to the magic that is Facebook, we reconnected. She’d come back to the area a short time ago. We e-mailed and phoned, then met for dinner at a Thai fusion restaurant in Albany called Kinnaree, which, as it turns out, subsequently received a rave review in Metroland, the local arts weekly newspaper.

First thing she does is order two different soups and two extra bowls; apparently, she orders this a LOT, since the waitress is totally familiar with the routine. Tom Kha is a “spicy hot soup… made with coconut milk, galangal, lemon grass, kaffir lime leaves, and chicken, and often contains straw, shiitake, or other mushrooms, as well as coriander leaves.” Tom Yum is a “basic broth is made of stock and fresh ingredients such as lemon grass, kaffir lime leaves, galangal, lime juice, fish sauce and crushed chili peppers.”

While each of these soups were quite fine, they were SO much more delicious mixed together. I’m a big fan of mixing other items. Orange juice is OK, I love cranberry juice, though it can be a bit tart; they are so much better together. I’ve already explained my obsession inclination to mix cereals.

Slightly off topic, there are ways to combine foods to create complete protein. 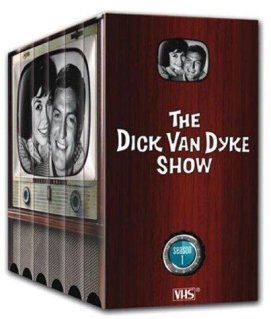 Interesting to hear what others say about whether the Daughter looks more like your mother or me. It seems that if you knew my wife better, like mother, like daughter; if you knew me better, she favors me.

Personality-wise, she is likewise similar to whichever parent is most familiar to the observer.

My wife can explain in her (non-existent) blog how much they do together, besides watching Dancing with the Stars.

Conversely, I am pleased that she has taken to liking END_OF_DOCUMENT_TOKEN_TO_BE_REPLACED

For me, the issue of the Hostess Brands snack food line apparently going under – I can’t believe that someone won’t buy this venerable line – isn’t the loss of Ding Dongs. It’s that, apparently, the company had “manipulated” its executives’ pay–sending its former chief executive’s salary, in particular, skyrocketing- in the months leading up to its Chapter 11 filing, in an effort to dodge the Bankruptcy Code’s compensation requirements.

Yet the stories I hear on the nightly news END_OF_DOCUMENT_TOKEN_TO_BE_REPLACED 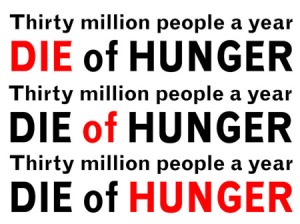 There’s an appeal for CARE’s 2011 World Hunger Campaign going on – tax-deductible at least in the US. And I find it absurd.

Not that they are making the appeal, but that they HAVE to. How is it that there is a food crisis?
END_OF_DOCUMENT_TOKEN_TO_BE_REPLACED

I read in our AAA guide that Toronto, Ontario, Canada is a city of over two million people, and with five million in the metro area, which is about one-seventh of the entire population of the country. There are over 100 languages spoken there, and we heard more than our fair share. So, with such a rich cultural diversity, why did we manage to eat at a Subway subs restaurant?

Part of it was convenience. END_OF_DOCUMENT_TOKEN_TO_BE_REPLACED

My father died on a Thursday; we had the funeral on a Sunday, and he was buried on a Monday. My mother died on a Tuesday, and our first inclination was to have the funeral on the following Saturday. But, instead of working on the obituary or the program on that day, we sat around telling Trudy stories. I think, in some way, we died my father’s death the way he would have wanted his death to be handled, quickly and efficiently; it also helped that we knew my father wad going to die at least the day beforehand. Whereas mom’s death took us, and indeeed her long-time doctor, by surprise; her heart was still strong, even after the stroke, and we were having conversations about placing her in some medical facility after she got out of the hospital the very morning she died.

Once Saturday was off the table, we considered Sunday, but it was Super Bowl Sunday, on which my mother’s mother died; I remember getting the call during the 3rd quarter of the game in 1983. Besides, it was just different. My dad was the hare, my mother, the tortoise, and we all know that slow and steady win the race.

So, it was a Tuesday funeral END_OF_DOCUMENT_TOKEN_TO_BE_REPLACED

With families getting together for the holidays, I was wondering:
Does your family do a blessing for the holiday meal? Is it a corporate blessing (i.e., rote) or is free form? Is there a designated pray-er?

It’s interesting that, even in my more…secular days, there was always a blessing at Thanksgiving and usually at Christmas. One girlfriend always evoked the memory of John F. Kennedy, who died around Thanksgiving in 1963.
END_OF_DOCUMENT_TOKEN_TO_BE_REPLACED