Portraits of people in 7 days’ worth of their own garbage.
END_OF_DOCUMENT_TOKEN_TO_BE_REPLACED

From Jeff Sharlet, who I knew long ago: Inside the Iron Closet: What It’s Like to Be Gay in Putin’s Russia. In 2010, Jeff wrote about the American roots of Uganda’s anti-gay persecutions. He notes: “Centrist media sources dismissed my reporting as alarmist; The Economist assured us it would never pass. [This week], Ugandan President Museveni is signing the bill into law.”

There was no Jesse Owens at Sochi.

Arthur’s letter to straight people: why coming out matters; read the linked articles therein, too. (Watch that Dallas sportscaster on Ellen.)

So Dangerous He Needs a Soo-da-nim. Racist homophobes who comment on Sharp Little Pencil’s blog.
END_OF_DOCUMENT_TOKEN_TO_BE_REPLACED 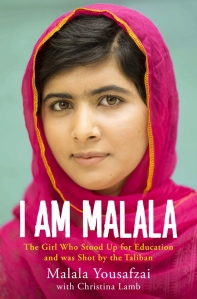 I was quite moved watching Malala Yousafzai on Comedy Central’s The Daily Show with Jon Stewart this past week. Malala is the teenager shot in the head by the Taliban in Pakistan, but survived, and has since set up a fund to support girls’ education. Here’s Part 1, the section that aired, but see Part 2 and Part 3 as well. If those links don’t work, try this one.

When you listen, you’ll note that what she’s advocating for is essentially a liberal arts education, wanting girls to think for themselves, radical in the environment from which she came. The group that shot her were pleased she didn’t win the Nobel Peace Prize this week Jon Stewart may want to adopt her but she is reviled in her own hometown as not being Muslim enough or being a CIA plant.
***
My job is funded by state and federal monies. Which is to say I’m still working, but if this partial government shutdown continues for a while END_OF_DOCUMENT_TOKEN_TO_BE_REPLACED