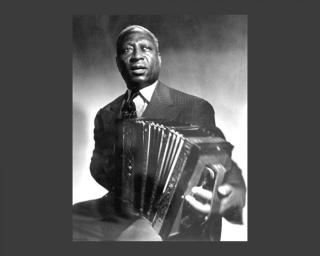 The Wikipedia post for Leadbelly starts “Huddie William Ledbetter (January 20, 1888 – December 6, 1949) was an iconic American folk and blues musician.” Truer words were never written. He is in the Rock and Roll Hall of Fame as an early influence.

My father had, and I currently own this album, pictured. It came out in 1960, I believe, because I listened to it a lot.

The LP came out well after Leadbelly died, in 1949. I’ll have to write about him sometime. And it got me thinking about the song Christmas is A-Comin’ [LISTEN], END_OF_DOCUMENT_TOKEN_TO_BE_REPLACED

So I was looking up xenophobia in the Wikipedia, which lists this definition:
Xenophobia is the uncontrollable fear of foreigners. It comes from the Greek words ξένος (xenos), meaning “stranger,” “foreigner” and φόβος (phobos), meaning “fear.” Xenophobia can manifest itself in many ways involving the relations and perceptions of an ingroup towards an outgroup, including a fear of losing identity, suspicion of its activities, aggression, and desire to eliminate its presence to secure a presumed purity. Xenophobia can also be exhibited in the form of an “uncritical exaltation of another culture” in which a culture is ascribed “an unreal, stereotyped and exotic quality”…

A xenophobic person has to genuinely think or believe at some level that the target is in fact a foreigner. This arguably separates xenophobia from racism and ordinary prejudice in that someone of a different race does not necessarily have to be of a different nationality. In various contexts, the terms “xenophobia” and “racism” seem to be used interchangeably, though they can have wholly different meanings (xenophobia can be based on various aspects, racism being based solely on race ethnicity and ancestry). Xenophobia can also be directed simply to anyone outside of a culture, not necessarily one particular race or people.

Well, OK. I’m not sure if it is xenophobia or racism (or both) which led to offensive characterizations against the Republican candidate for governor in South Carolina. Or the renaming of food so as not to invoke people we don’t like. Or the absurd truthiness of this Comedy Central bit about Obama and his emotions.

At some level, I suppose I had gotten to a point where I had hoped xenophobia and racism was some thing of the past, such as one segment in this TV show from 1964, which like the Daily Show segment, is parody. But I realized I was being silly. Xenphobia has lasted for millennia; why should modernism destroy it? END_OF_DOCUMENT_TOKEN_TO_BE_REPLACED