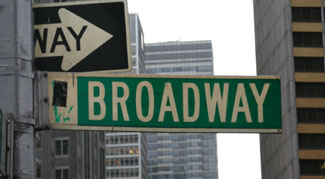 The Tony Awards, championing Broadway’s finest, are on Sunday on CBS-TV. My wife and I and about 927 other people not involved in theater will watch them – it’s traditionally a low-rated program – despite the fact that, of all the award shows, the entertainment value is the greatest.

We also watch them because, when a Broadway show goes on tour – in our case, to Proctors Theatre in Schenectady – we will be more familiar with the offerings.

Back in March, Proctors gave a preview of what it would be offering this coming season. While Phantom of the Opera has been a perennial favorite, and Book of Mormon was a big hit, the production I’m most excited to see in 2013-2014 may be END_OF_DOCUMENT_TOKEN_TO_BE_REPLACED

I love the fact that many words we use every day come from literature. The notion of quixotism “appeared after the publication of El ingenioso hidalgo don Quijote de la Mancha in 1605. Don Quixote, the hero of this novel, written by Spanish author Miguel de Cervantes Saavedra, dreams up a romantic ideal world which he believes to be real, and acts on this idealism…”

Merriam-Webster’s first definition of quixotic is “foolishly impractical especially in the pursuit of ideals.” I happen END_OF_DOCUMENT_TOKEN_TO_BE_REPLACED

The youth at my church, First Presbyterian in Albany , are putting on, with assistance of a number of adults, a production of The Prince of Egypt, the musical based on the 1998 animated film. The storyline is adapted from the Moses story in the biblical Book of Exodus. It will take place this Sunday, March 17 at 12:15 pm

In a decision beyond my understanding END_OF_DOCUMENT_TOKEN_TO_BE_REPLACED

Reprinted from my Times Union blog.

My wife and I went to see the musical Wicked at the Thursday afternoon matinee on November 8, right after it opened, at Proctors Theatre in Schenectady. We had not seen it before in any iteration, not at Proctors a couple years before, or on Broadway. I wasn’t particularly familiar with the music, aside from Defying Gravity.

All in all, it was WONDERFUL. The performers were great, and the element that really impressed me was lighting. Michael Eck’s review is about right, though I obviously can’t speak to how much it may become dated.

My wife met me at the theater. She was driving from work with little time to spare, END_OF_DOCUMENT_TOKEN_TO_BE_REPLACED 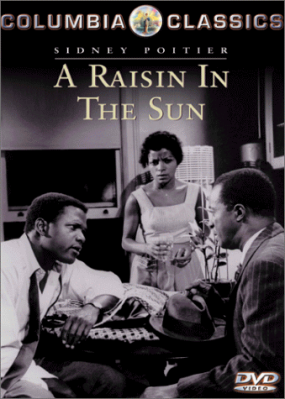 A Raisin in the Sun is a play by Lorraine Hansberry that debuted on Broadway in 1959, which portrays a few weeks in the life of the Youngers, an African-American family living in Chicago’s Southside sometime between World War II and the 1950s…the Youngers are about to receive…$10,000 from the deceased Mr. Younger’s life insurance policy… The matriarch of the family, Lena, wants to buy a house to fulfill a dream she shared with her husband. Her son, Walter Lee, would rather use the money to invest in a liquor store with his friends. He believes that the investment will solve the family’s financial problems forever. Walter’s wife Ruth agrees with Mama, however, and hopes that she and Walter can provide more space and opportunity for their son, Travis…”

The play was nominated for four Tony awards in 1960, though winning none: Sidney Poitier (as Walter Lee), Claudia McNeil (as his mother), plus Lloyd Richards (for director), and for best play.

“In 1961, a film version of A Raisin in the Sun was released END_OF_DOCUMENT_TOKEN_TO_BE_REPLACED