Portraits of people in 7 days’ worth of their own garbage.
END_OF_DOCUMENT_TOKEN_TO_BE_REPLACED

New album from Rebecca Jade & The Cold Fact the debut release from San Diego-based eclectic soul/funk band. RJ is my niece, my sister Leslie’s daughter.
From NBC San Diego: “Not everything on April Fool’s Day was a joke. Rebecca Jade & the Cold Fact released their self-titled debut and it’s no laughing matter. Channeling everyone from Candi Staton and Betty Davis to Morcheeba and Brightback Morning Light, these 12 tracks of soul and funk are stunners. Do yourself a favor and pick up a copy.”
Another review.
In this picture, she’s the one in the blue dress.

After watching this video, I’m even more convinced than I was before: Daylight Saving Time is a waste of time. Having tried to schedule a phone call from the UK at a point when the US is in DST and the UK has NOT yet moved to British Summer Time, I know of which the speaker is talking about.
END_OF_DOCUMENT_TOKEN_TO_BE_REPLACED

From Jeff Sharlet, who I knew long ago: Inside the Iron Closet: What It’s Like to Be Gay in Putin’s Russia. In 2010, Jeff wrote about the American roots of Uganda’s anti-gay persecutions. He notes: “Centrist media sources dismissed my reporting as alarmist; The Economist assured us it would never pass. [This week], Ugandan President Museveni is signing the bill into law.”

There was no Jesse Owens at Sochi.

Arthur’s letter to straight people: why coming out matters; read the linked articles therein, too. (Watch that Dallas sportscaster on Ellen.)

So Dangerous He Needs a Soo-da-nim. Racist homophobes who comment on Sharp Little Pencil’s blog.
END_OF_DOCUMENT_TOKEN_TO_BE_REPLACED

The best part of Rebecca Jade’s early growing up was that she lived not that far away. I was in New Paltz or Albany (NY), and she and her parents (my sister Leslie and her now ex-husband) were living in Jackson Heights, Queens, NY, a couple-hour bus ride away. So I saw her a month after she was born, and then several times the next couple years, including on her first and second birthdays.

Then they moved away, first to North Carolina, then to Puerto Rico for over six years, and I never made it it down there, much to my regret, since the photos made their place seem beautiful. I’ve noticed, though, that when I did get a chance to see her – at my grandmother’s funeral, visiting New York City – there is photographic evidence END_OF_DOCUMENT_TOKEN_TO_BE_REPLACED

My friend Dan has more than once labelled Ramblin’ with Roger as a “breakfast blog.” I still don’t know what that means, precisely. But I think the following post is more in keeping with what he’s talking about.

It was weird: the death toll in the Moore, OK tornado went from 37 to 51 to 91 to…24? I was watching a live feed on the Tuesday morning after the event from the OKC NBC-TV affiliate – the magic of the Internet – and they gave the 91 number, based on info they had gotten from the medical examiner’s office. Saw a lot of comments on Facebook how the media was ghoulishly upping the numbers. I’ve often criticized them. but I don’t think that happened here, just a lot of multiple recordings of the same decedents by someone – the M.E.’s office perhaps. Then I get to see, Thank goodness, “ONLY 24 dead;” THAT is weird to read.

It’s interesting, too, that I actually worried a bit about people I don’t even know, such as Cheri and Dustbury, who are both fine.
***
Forecast in Albany Tuesday was for severe weather. I was at Corporate (frickin’) Woods at the northwest edge of Albany and saw nothing. But people downtown were chatting about downpours and hail; we’re talking a distance of three miles away. I HAVE seen that before END_OF_DOCUMENT_TOKEN_TO_BE_REPLACED

There was some anti-gay marriage pledge that the GOP candidates were supposed to sign this month. Of course, Michele Bachmann and Rick Santorum agreed to it, as one would expect. But the third was Mitt Romney. Not only is his position unfortunate, it cements that “pandering” problem he has. Beyond that, pandering didn’t work in 2008, and in fact backfired. Oh, and this was widely circulated, but I still like it: the best message for marriage equality. 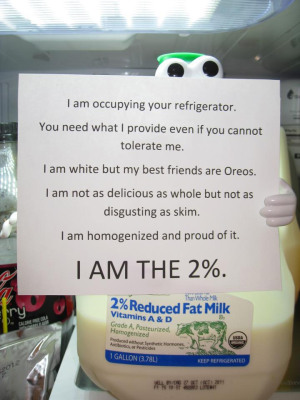 Where Roger Ebert stands on the Occupy movement, which is not dissimilar to my position. Or Ken Jennings’. Still, it’s impressive/amazing END_OF_DOCUMENT_TOKEN_TO_BE_REPLACED

Here I am with my good buddy Walter, who works at one of the SBDC centers. Shortly after this picture was taken, I started having trouble with my knee. Walter’s been having trouble with HIS leg, and I called him to tell him that, whatever he has, it’s contagious!

An ad hominem argument is any that attempts to counter another’s claims or conclusions by attacking the person, rather than addressing the argument itself.

Why Supreme Court Justice Clarence Thomas Must Go, which, as a couple commenters note, does not go far enough. And another article re Thomas.

This picture of my wife and daughter is from April of 2008 in Virginia, probably Jamestown or Norfolk, some place near Williamsburg.
***

Oh, my niece Rebecca, who had one of those Kickstarter things to raise the $3000 to put together a music album END_OF_DOCUMENT_TOKEN_TO_BE_REPLACED