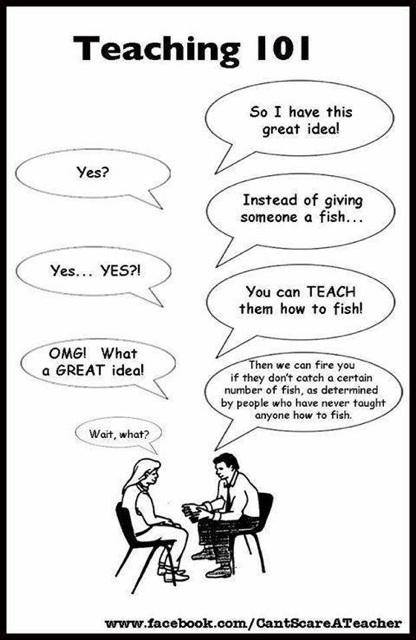 The New York Times’ prophetic 1983 warning about the NSA, which naturally leads to Glenn Greenwald killed the internet.

My Feelings About the Harriet Tubman Sex Tape in 10 GIFs.

Invisible Disabilities Day is October 24. I have this friend with rather constant neck pain, but she doesn’t LOOK sick, and therefore feels diminished by those who actually don’t believe her. Conversely, The Complexities of Giving: People with Disabilities as Help Objects.

Photos of the worldly goods of inmates at the Willard Asylum. I backed the Kickstarter for this and wrote about it a couple years ago.

“Each week, TIME Magazine designs covers for four markets: the U.S., Europe, Asia and the South Pacific.” Often, America’s cover is quite, well – different. I had noticed this before. I don’t know that it’s “stunning,” but it IS telling.

The Peanuts gang meets The Smiths, in which This Charming Charlie masterfully blends Charles Schulz’ comics with lyrics by The Smiths. END_OF_DOCUMENT_TOKEN_TO_BE_REPLACED

Listen to the KunstlerCast podcast #212: Health & Technology Update. James Howard Kunstler gives listeners an update on his recent health issues, and discusses the importance of advocating for oneself when dealing with medical professionals, rather than taking their word for it.

Keyboard Waffles. (But if they were REAL nerds, they would have spelled nerd’s correctly!)

First off, a preview:
Here is a link to the trailer for “5 Hour Friends”, a new movie with Tom Sizemore, Musetta Vander, and Kimberlin Brown. “A lifelong womanizer gets a taste of his own medicine.” My niece Rebecca Jade writes: “This is the film I’m in, playing a singer [typecasting!], keep an eye out for it… Final edits should be done in late August and then working to get major distribution and inclusion at Sundance.”
***

Here are some movies I’ve seen on video recently.

I was surprised to find that I thoroughly enjoyed this picture. It told a credible re-imagining of his origin as a scrawny Steve Rogers (Chris Pine) who wants to serve his country, even if it means being a guinea pig for a machine that, theoretically, at least, would make him stronger. Those critics who did not find this exciting enough confuse me. It had the pacing not out of place with the dramas I’d seen from the 1940s. When Cap became nothing more than a costume, I found that particularly compelling.

All of this said, there were one glaring thing that I found less than believable. END_OF_DOCUMENT_TOKEN_TO_BE_REPLACED

When Blogger was down for about 24 hours earlier this month, it really threw off my blogging rhythm. For reasons mundane (I’m used to it) and functional (it’s a backup system), I still compose my blog in Blogger, THEN copy and paste into this WordPress format. And the day it was down was a Thursday, which meant I actually HAD time to post for an hour between work and choir. Or go to other people’s blogs, or leave comments on other people’s blogs, but I couldn’t do that either. Then when Blogger finally came back up, I realized that none of the blogposts that I had Scheduled actually saw the light of day, so I had to repost them. Oh, well. Arthur, and others whose primary blogs are on Blogger, had it worse than I.
***
Went to see HAIR this month.
***
The eldest niece’s website.
***
Gordon at Blog This, Pal! has been blogging for seven years, which is amazing. He’s the only out-of-area blogger I’ve met through blogging, when we went to a Chicago Cubs game at Wrigley Field in 2008. Naturally, the home team lost.
***
Who hit the most home runs during the 1960s? More than Hank Aaron, Willie Mays, Frank Robinson, or Willie McCovey. That would be Harmon Killebrew, whose goodbye note to his fans was very touching, and who died this month of cancer at the age of 74. He was probably my father-in-law’s favorite player. Incidentally, my father-in-law’s 75th birthday was this week.
***
Samoa will lose a day! And willingly, no less. Gotta mess up birthdays, astrological charts…
***
A Berlioz Requiem sampler of the Albany Pro Musica concert. The “Dies irae” and the “Lacrymosa” are only fragmentary parts of the longer originals, due to uploading limits.
***
The National Jukebox, from your Library of Congress.
***

Did you know Jack Kirby had an alternate design for Captain America, created for some purpose he couldn’t remember, that never appeared in a comic book?
***
***
I feel as though I really need to see the movie Thor. It got a 70%+ positive rating from Rotten Tomatoes, but a real negative one from Roger Ebert. Something about his take, though, 1) compelled him to respond to his critics and 2) makes me think that I might like it anyway.
***
Addresses of Marvel Superheroes in New York City.
***
Fight the Rebellion! Darth Vader is countng on you!
***
This is an interesting video. I’ve subsequently found more people doing this on other videos, but this pair seem to be the best.