I read in our AAA guide that Toronto, Ontario, Canada is a city of over two million people, and with five million in the metro area, which is about one-seventh of the entire population of the country. There are over 100 languages spoken there, and we heard more than our fair share. So, with such a rich cultural diversity, why did we manage to eat at a Subway subs restaurant?

Part of it was convenience. END_OF_DOCUMENT_TOKEN_TO_BE_REPLACED 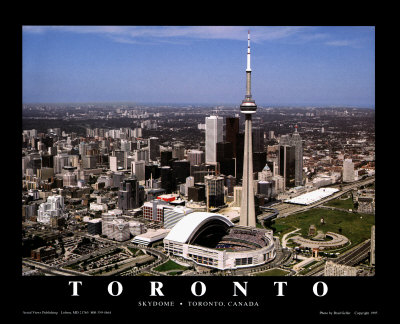 I don’t want to say that everyone we saw in Canada was nicer than the folks in the United States. A couple of the folks at the first hotel were, let’s say, indifferent. And the very first person we dealt with on the subway was clearly frustrated that we didn’t understand her incomprehensible instructions.

By and large, however, I found it a joy to be in Canada, especially Toronto. Other subway workers in the big city were quite helpful, and even complete strangers initiated contact to assist us when we looked confused.

Once we got the hang of it, we found the Toronto subway to be quite usable. Reasonably clean, mostly on time END_OF_DOCUMENT_TOKEN_TO_BE_REPLACED

The third full day in Toronto we dedicated to going to the Toronto Zoo. It is on the eastern edge of the city, and required both train and bus to get there. One could make the case for driving there, I suppose. One of the selling points of having the City Pass is that one could avoid lines. Never was this more true at the Zoo, where we avoided at least a 15-minute wait just to get inside.

The zoo is massive. We saw only about 40% of it. We went to the Malay and African sections but never even got to the Americas or Australia or Eurasia. We considered taking the train around, and we might do that on a future trip. We’re already thinking about that. END_OF_DOCUMENT_TOKEN_TO_BE_REPLACED 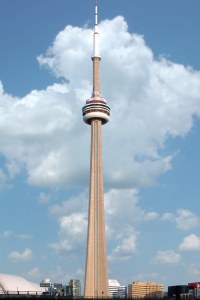 When I was thinking about us taking our trip to Toronto, I asked you fine folks for some recommendations. Some of you, especially Jaquandor, suggested a number of venues. As it turns out, all of the suggested locations are available from some program called the City Pass. In this case, five attractions at about 45% off the regular price, with nine days to see them all.

On our first full day, we took the subway to the CN Tower. Well, close to the CN Tower. We walked to an adjacent plaza as the signs suggested, but were obstructed by new construction. We followed the detour signs, and ended up exactly where we had started. We got to our destination eventually, and purchased the one child and two adult City Passes.

The CN Tower, which is one of the tallest human-made buildings in the world, was the most touristy of the five locations, with long lines. Recommendation: get there early. Don’t stop to go to the bathroom END_OF_DOCUMENT_TOKEN_TO_BE_REPLACED

After we left Niagara Falls, NY for the last time, we crossed the Rainbow Bridge, paid our $3.25, then had to deal with Canadian customs. After looking at our passports, the fellow asked:
“Where are you going?” Toronto and Peterborough for a total of six days.
“Business or pleasure?” Pleasure.
“Are you carrying any weapons?” No.
“Do you own any weapons?” No.
And that was pretty much it. We did wonder, though: if we owned weapons, but were not carrying them, what would the outcome have been?

We had directions to Toronto, but the signage was very helpful, and we actually just followed the QEW highway signs until we got to the city.
No problems, either, with the metric stuff, either. END_OF_DOCUMENT_TOKEN_TO_BE_REPLACED