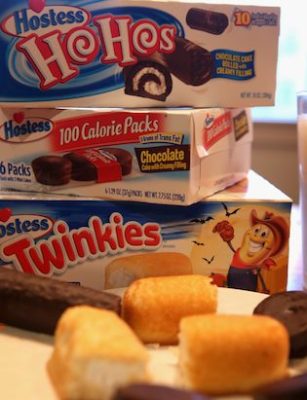 For me, the issue of the Hostess Brands snack food line apparently going under – I can’t believe that someone won’t buy this venerable line – isn’t the loss of Ding Dongs. It’s that, apparently, the company had “manipulated” its executives’ pay–sending its former chief executive’s salary, in particular, skyrocketing- in the months leading up to its Chapter 11 filing, in an effort to dodge the Bankruptcy Code’s compensation requirements.

Yet the stories I hear on the nightly news END_OF_DOCUMENT_TOKEN_TO_BE_REPLACED

Here is the state of unionized United States. 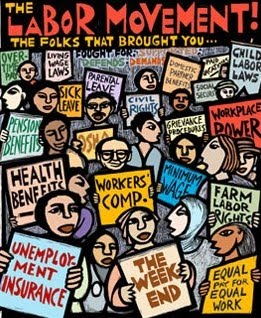 In 2011, the union membership rate–the percent of wage and salary workers who were members of a union–was 11.8 percent, essentially unchanged from 11.9 percent in 2010. The number of wage and salary workers belonging to unions [was] at 14.8 million… In 1983, the first year for which comparable union data are available, the union membership rate was 20.1 percent and there were 17.7 million union workers.

In 2011, 7.6 million employees in the public sector belonged to a union, compared with 7.2 million union workers in the private sector. END_OF_DOCUMENT_TOKEN_TO_BE_REPLACED

On March 25, 1911, 146 young immigrant workers, mostly female, died in a tragic fire at the Triangle Shirtwaist Factory in New York’s Greenwich Village. Within 18 minutes, the fire spread to consume the building’s upper three stories. Firefighters who arrived at the scene were unable to rescue those workers trapped inside because the doors were locked and their ladders could not reach the factory floor. This tragedy galvanized a city and state to fight for labor reform and safety in the workplace.

And now a century later, it’s clear that organized labor is under attack. You may have seen the cookie joke. “You know: a CEO, a tea party member, and a union worker are all sitting at a table when a plate with a dozen cookies arrives. Before anyone else can make a move, the CEO reaches out to rake in eleven of the cookies. When the other two look at him in surprise, the CEO locks eyes with the tea party member. ‘You better watch him,’ the executive says with a nod toward the union worker. ‘He wants a piece of your cookie.'”

Just because I haven’t spoken much here about the attacks on labor, in the US and elsewhere, END_OF_DOCUMENT_TOKEN_TO_BE_REPLACED