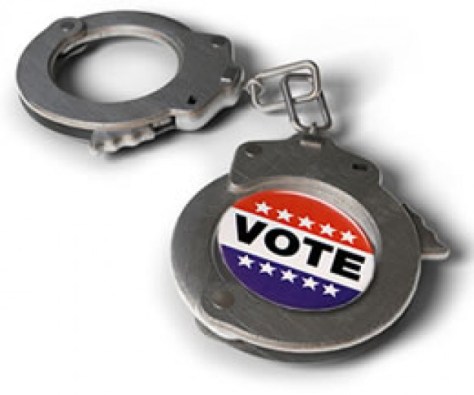 The Significant Other of a good friend of mine wrote on Facebook:

I think that Felony Disenfranchisement should be kept in place forever. Our Supreme Court ruled the that the 14th Amendment gives all states the right for deny ex-convicts to vote..To put it simply “” If you broke our laws and were not able to follow our laws”,,””I for one ,,do not want to give you the “”right”” to elect those who make our laws “GET IT” ????

I was sorely tempted to let it go, but there was something about “GET IT” ????” that just pushed a button.

I replied: “That notion suggests that there is no forgiveness, no chance at redemption. Current laws forbidding felons from voting make it harder for them to reintegrate into society, essentially facilitating recidivism. I TOTALLY disagree.”

Specifically, there are several reasons why disenfranchising felons who have served their time is a very bad idea:
END_OF_DOCUMENT_TOKEN_TO_BE_REPLACED

As you may know, there was a Republican primary for the US Senate seat between long-time incumbent Thad Cochran and Tea Party darling Chris McDaniel on June 3.

The Democrats also had their primary for the seat. You probably didn’t know that END_OF_DOCUMENT_TOKEN_TO_BE_REPLACED 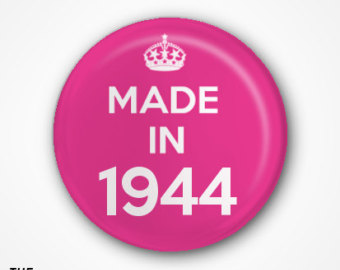 I started doing the 70th birthday thing because the Beatles (Ringo and John by then; Paul and George followed) were all turning the big seven-oh. Other folks I admired were heading towards a milestone. I noted at the time too that three score and ten was noted in the Bible as well (Psalm 90:10). 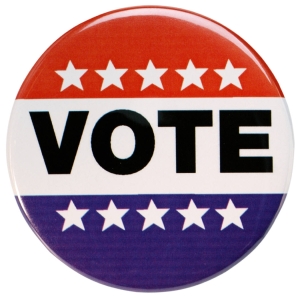 I was at my allergist’s office last month for my every-28-day injection, and she asked if I wanted a reminder card. “Nah, just tell me the date.” “November 5.” “Oh, that’s Election Day, easy to remember.”

This led to me mentioing that Election Day is the first Tuesday after the first Monday in November, so it will fall on November 2 through 8, but NOT on the 1st. When asked WHY, I admitted that I didn’t know, but that it was probably tied to the fact that it was All Saints Day, and/or it’s easy to forget that a new month has started.

So what IS the real story why Congress (in 1845) select the first Tuesday in November as Election Day?
END_OF_DOCUMENT_TOKEN_TO_BE_REPLACED 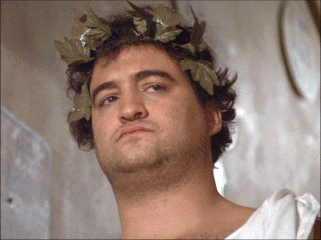 I am always feeling a bit conflicted around Election Day. From a partisan point of view, I want people to vote for MY candidates, which means I’d prefer that supporters of opposing candidates would stay home.

On the other hand, I truly believe that the right to vote is far too precious not to exercise. After the Bill of Rights, there are only 17 amendments to the Constitution, and two of them, regarding Prohibition, cancel each other out. This means at least 1/3 of these amendments specifically address voting.

I know a lot of folks who have said to me that they don’t vote because it doesn’t matter, or because it encourages “them” END_OF_DOCUMENT_TOKEN_TO_BE_REPLACED 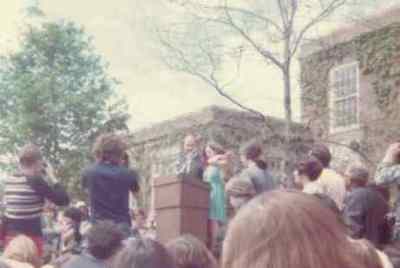 There were a LOT of people running for the Democratic nomination for President against Richard Nixon in 1972. The general consensus early on, though, was that Senator Edmund Muskie of Maine would be the selection. He had been the Vice-Presidential nominee in 1968, and had been a credible candidate in a close race. But he was sunk early on by the crying incident, which, to this day, I find utterly bewildering, and dropped out of the race early on.

This seemed to give segregationist Governor George Wallace of Alabama some momentum, much to the chagrin of all right-minded people. END_OF_DOCUMENT_TOKEN_TO_BE_REPLACED 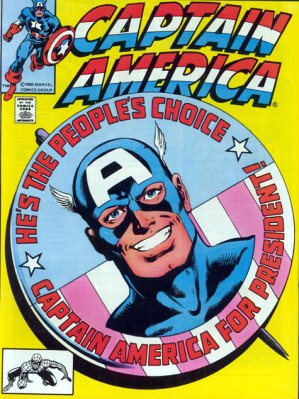 I understand it, I really do. Still, I wish the primary election were being held today, rather than Thursday.

In New York State, the primary is the second Tuesday in September for non-federal elections. September 11, 2001 was a Tuesday, and the voting, of course, was suspended for a week. In fact, it had not even started in upstate New York, where polling begins at noon on primary days.

The rationale for moving the voting to Thursday this year is so that folks can participate in 9/11 memorials. For me, though, nothing would be more symbolic than to be able to cast a ballot on the anniversary of that day.
END_OF_DOCUMENT_TOKEN_TO_BE_REPLACED 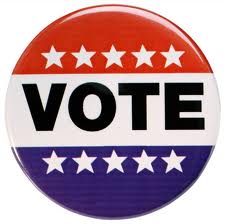 There was some discussions among Republicans recently about whether ex-felons should be able to vote. Rick Santorum favored allowing felons to vote after they’ve served their prison sentences. Mitt Romney said he didn’t think people who have committed violent crimes should be allowed to vote again. You won’t hear me saying this much, but I agree with Santorum.

I used to believe ex-felons should have the right to vote restored because they had served their time. NOW, I believe END_OF_DOCUMENT_TOKEN_TO_BE_REPLACED 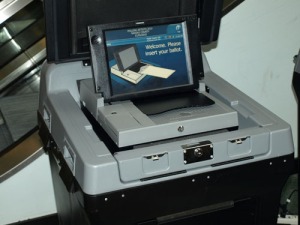 “A well-funded group called Americans Elect is planning to hold a national primary election on the Internet with the aim of nominating a centrist third-party candidate for president in 2012.” According to the Los Angeles Times, they are considering New York City Mayor Michael Bloomberg, former Louisiana Gov. Buddy Roemer, former Democratic Sen. Evan Bayh, Starbucks CEO Howard Schultz, or even Secretary of State Hillary Clinton.

Assuming this gets off the ground – Bloomberg and Clinton are on the record as not wanting the job – the way the US elections are stacked, they could not win. Theoretically, though, a third party could play a role as a spoiler. George Wallace in 1968, John B. Anderson in 1980, H. Ross Perot in 1992 and Ralph Nader in 2000 may have made a difference in their respective races.

There is a petition to the White House END_OF_DOCUMENT_TOKEN_TO_BE_REPLACED

We looked at the calendar at home this week, and there is something on it for every day this week. This is not, BTW, something I strive for.

Monday night, Carol had a teacher conference and Wednesday night, she had a church meeting. This meant getting the child to bed – a lengthy ritual involving homework and medicines, as well as toothbrushing and storytime.

Tuesday morning, I voted; it was a little chaotic with the new system, at least at 6 a.m. Hey, did you notice I made three predictions, two came true, and when they count the 41% of the vote as write-ins (!) in Alaska, I may be 3 for 3? END_OF_DOCUMENT_TOKEN_TO_BE_REPLACED