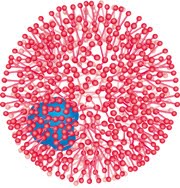 The circle is considered the perfect symbol, something with no beginning and no ending. So I decided that all I want to post today are songs, specifically circle songs.

LISTEN TO The Circle Game by Joni Mitchell

Joni Mitchell, a Canadian singer-songwriter, ended her 1970 Ladies of the Canyon album with this oft-covered tune. In fact, Tom Rush had already put it on his 1968 album named after this song. Here’s a 1967 version from Joni. Buffy Sainte-Marie had a minor hit with the song as well.

LISTEN TO Happiness Runs by Donovan

Donovan was one of those 1960s singers that some critics pegged as “the next Bob Dylan”, which is always an unfair comparison. Here’s the Scottish singer on the Smothers Brothers singing Lalena, then Happiness Runs (at 3:50) in 1968. I remember watching it at the time and loving it. The song at the end is, according to one source, Unknown Song, featuring Jennifer Warnes.
Happiness runs in a circular motion
Thought is like a little boat upon the sea.
Everybody is a part of everything anyway,
You can have everything if you let yourself be. 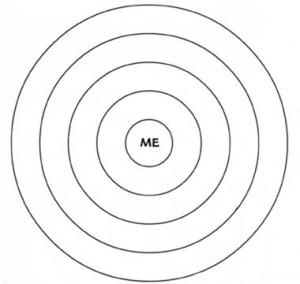 LISTEN TO Windmills of Your Mind by Alison Moyet

English pop singer Alison Moyet is one of several artists to perform this song by Michel Legrand and Alan and Marilyn Bergman, “from the 1968 film The Thomas Crown Affair. Noel Harrison performed the song for the film score. It won the Academy Award for Best Original Song in 1969.” The most famous version was by the late English pop/soul crooner Dusty Springfield, but there have been many others, including Petula Clark, Vanilla Fudge (!), Neil Diamond and Sting.
Like a circle in a spiral
Like a wheel within a wheel
Never ending or beginning
On an ever-spinning reel.

LISTEN TO Will It Go Round In Circles by Billy Preston

American soul singer and keyboardist Billy Preston was a child prodigy and played with musicians such as Ray Charles and Sam Cooke. He befriended the Beatles and later became the first person to get a credit on a Beatles single. He was signed to the Beatles’ Apple Records, but his real success came when he moved to A&M Records and had four Top 10 hits, including this #1. Unfortunately, Billy died in 2006, at the age of 59.

LISTEN TO Will the Circle Be Unbroken by Michelle Wright, Iris DeMent, and Mairead Ni Mhaonaight

Will the Circle Be Unbroken is a 100+ year old song, which I most associate with legendary country music artists the Carter Family. It has been often covered, notably by Johnny Cash, who married into the Carter family when he wed June; and the Nitty Gritty Dirt Band, whose album of the same name “brings the longhaired West Coast band together with some of Nashville’s greatest artists.”

LISTEN TO Red Rubber Ball by The Cyrkle

Finally, a bit of a cheat. The Cyrkle was a Pennsylvania band, managed by Beatles’ manager Brian Epstein, and named by John Lennon. This was their biggest hit, as it went to #2 in 1966, written by Paul Simon. 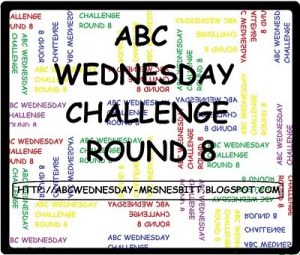 0 thoughts on “C is for Circle Songs”