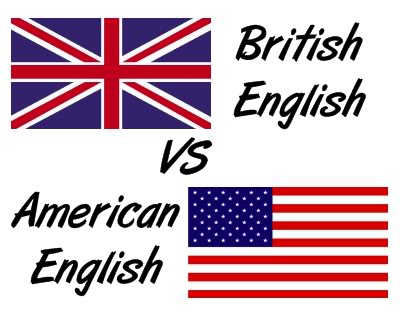 Right before the family went on vacation, what the Brits (and others) call holiday, this summer, I came across this cause celebre involving the differences between British English and that which is spoken across the pond in the United States.

From LynneGuist: I refrained from saying much about the BBC Magazine piece by Matthew Engel on ‘Why do some Americanisms annoy people?’, pointing readers instead to Mark Liberman/Language Log’s analysis of the so-called Americanisms identified by…Engel. She then analyzed at the previous link and here, that some of the idioms criticized in this BBC piece on Americanisms: 50 of your most noted examples, which was derived by “thousands of e-mails, aren’t even American English in origin.

1. When people ask for something, I often hear: “Can I get a…” It infuriates me. It’s not New York. It’s not the 90s. You’re not in Central Perk with the rest of the Friends. Really.”

In a different context, I know this from much earlier. “Can I get an amen?” from a black preacher. And after that, “Can I Get A Witness” by Marvin Gaye; it may be an Americanism, but hardly that new.

2. The next time someone tells you something is the “least worst option”, tell them that their most best option is learning grammar.

There may be two different issues here. If the objection is “Why not just say ‘best’, then it’s missing the point; it’s a Sophie’s Choice situation.
Whereas if it’s the two superlatives, I’m more sympathetic. One wouldn’t say ‘least ugliest’, one would say ‘least ugly’.

3. The phrase I’ve watched seep into the language (especially with broadcasters) is “two-time” and “three-time”. Have the words double, triple etc, been totally lost? Grammatically it makes no sense, and is even worse when spoken. My pulse rises every time I hear or see it. Which is not healthy as it’s almost every day now. Argh!

I don’t understand the British terms at all. Maybe because JEOPARDY uses ‘one-day champion’.

Yeah, it bugged me early on, mostly because it was business speak. But frankly, it has fewer syllables and I’ve learned to live with it.

5. The one I can’t stand is “deplane”, meaning to disembark an aircraft, used in the phrase “you will be able to deplane momentarily”.

As one of Lynneguist’s correspondents noted, the term came out in 1923. My problem with it is that it reminds me, every time, of Fantasy Island’s Hervé Villechaize calling to Ricardo Montalbán, “De plane! De plane!”

6. To “wait on” instead of “wait for” when you’re not a waiter – once read a friend’s comment about being in a station waiting on a train. For him, the train had yet to arrive – I would have thought rather that it had got stuck at the station with the friend on board.

As Lynnequist noted, writers from Chaucer to George Eliot used ‘wait on’.

8. Dare I even mention the fanny pack?

What DOES this mean in Britain?

Some Brits particularly hated terms that seem to come from American sports.

Different meanings to me.

12. The word I hate to hear is “leverage”. Pronounced lev-er-ig rather than lee-ver -ig. It seems to pop up in all aspects of work. And its meaning seems to have changed to “value added”.

Business jargon that most people hate.

13. Does nobody celebrate a birthday anymore, must we all “turn” 12 or 21 or 40? Even the Duke of Edinburgh was universally described as “turning” 90 last month. When did this begin? I quite like the phrase in itself, but it seems to have obliterated all other ways of speaking about birthdays.

Turning an age seems to suggest a calendar; I like it.

14. I caught myself saying “shopping cart” instead of shopping trolley today and was thoroughly disgusted with myself. I’ve never lived nor been to the US either.

A trolley suggests a much larger, motorized vehicle.

They are not synonymous. “I’m good” has a non-medical slant. 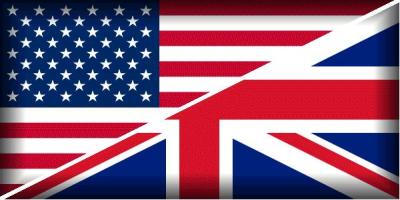 17. “Bangs” for a fringe of the hair. Philip Hall, Nottingham

As noted, “bangs and fringe would be somewhat different styles. (Nuance!)”

18. Take-out rather than takeaway!

I hear takeaway, I think American football fumbles and interceptions.

19. I enjoy Americanisms. I suspect even some Americans use them in a tongue-in-cheek manner? “That statement was the height of ridiculosity”.

21. A “heads up”. For example, as in a business meeting. Lets do a “heads up” on this issue. I have never been sure of the meaning.

“To give someone a heads up is to give them a warning.” But the example given is bizarre to me.

22. Train station. My teeth are on edge every time I hear it. Who started it? Have they been punished?

I don’t understand the irritation, frankly.

23. To put a list into alphabetical order is to “alphabetize it” – horrid!

24. People that say “my bad” after a mistake. I don’t know how anything could be as annoying or lazy as that.

Yeah, it bugged me initially. But not so much now, and people seem to use it less, at least around me.

25. “Normalcy” instead of “normality” really irritates me.

“For a long time, it was considered non-standard in AmE too, but we’ve overcome that and it’s now nearly twice as common as normality.”

26. As an expat living in New Orleans, it is a very long list but “burglarize” is currently the word that I most dislike. Simon, New Orleans

Again, I fail to see the issue.

27. “Oftentimes” just makes me shiver with annoyance. Fortunately I’ve not noticed it over here yet.

“This is one of those things that’s an archaism in BrE (OED has it going back to the 14th century.” I don’t hear it myself, though people speaking poetically will use oftimes, which I rather like, actually.

28. Eaterie. To use a prevalent phrase, oh my gaad!

29. I’m a Brit living in New York. The one that always gets me is the American need to use the word bi-weekly when fortnightly would suffice just fine.

Actually, I like the very British fortnightly, but only because I dislike biweekly. And I dislike it because it means both “Occurring once every two weeks” AND “Occurring twice a week”, which I find confusing.

30. I hate “alternate” for “alternative”. I don’t like this as they are two distinct words, both have distinct meanings and it’s useful to have both. Using alternate for alternative deprives us of a word.

“This is something that people complain about on both sides of the Atlantic.”

31. “Hike” a price. Does that mean people who do that are hikers? No, hikers are ramblers!

“Rambler [in the UK] is a very BrE word–one that Americans in the UK tend to find amusing, since we only use the verb to ramble with the older meaning…: ‘With reference to physical pursuits: to wander or travel in a free, unrestrained manner, without a definite aim or direction.'”

32. Going forward? If I do I shall collide with my keyboard.

33. I hate the word “deliverable”. Used by management consultants for something that they will “deliver” instead of a report.

35. “Reach out to” when the correct word is “ask”. For example: “I will reach out to Kevin and let you know if that timing is convenient”. Reach out? Is Kevin stuck in quicksand? Is he teetering on the edge of a cliff? Can’t we just ask him?

True enough, though it does have a nuanced different meaning, to seek someone’s help and support. For instance, one might reach out to Turkey to support sanctions againsat Iran, e.g.

Here is the true, muddled story of maths, a term I had never heard.

37. I hate the fact I now have to order a “regular Americano”. What ever happened to a medium sized coffee?

I imagine this is more nationalism than anything else; not a term I’ve heard.

38. My worst horror is expiration, as in “expiration date”. Whatever happened to expiry?

“Expiration in the ‘ending of something that was meant to last a certain time’ sense goes back to the 1500s. First recorded use of expiry is in 1752. So, shouldn’t it be Whatever happened to expiration?”

39. My favourite one was where Americans claimed their family were “Scotch-Irish”. This of course it totally inaccurate, as even if it were possible, it would be “Scots” not “Scotch”, which as I pointed out is a drink.

“Scotch-Irish is an American term to refer to a particular immigrant group.”

40.I am increasingly hearing the phrase “that’ll learn you” – when the English (and more correct) version was always “that’ll teach you”. What a ridiculous phrase!

“If you express a ‘that’ll teach you’ message, you’re putting yourself above the person you were talking to. If you want to soften that grab for social/moral superiority, you make it a non-standard way of expressing it, in order to humorously put yourself down a (more BrE) peg/(more AmE) notch. To do this in an emphatic way, people who wouldn’t usually do so sometimes spell/pronounce this as that’ll larn ya.”

41. I really hate the phrase: “Where’s it at?” This is not more efficient or informative than “where is it?” It just sounds grotesque and is immensely irritating.

42. Period instead of full stop.

“Another case of Americans using a British cast-off. (Now-AmE) period for this . punctuation mark dates to the 16th century. The first record of (BrE) full stop is from just a few decades later, in 1600. It looks like both terms were introduced around the same time, and a different one won the battle for supremacy in different places.”
In any case “full stop” is what drivers should be coming to at red lights.

43. My pet hate is “winningest”, used in the context “Michael Schumacher is the winningest driver of all time”. I can feel the rage rising even using it here.

I wish the writer had offered an alternative. “Most winning” means something entirely different. “Winningest” doesn’t bother me.

44. My brother now uses the term “season” for a TV series. Hideous.

AmE uses the term season and series for different television-related meanings, but BrE doesn’t make that distinction at the lexical (word) level.

“This has been much-maligned in AmE too, but I think it’s thrived because it’s less negative and confrontational to talk of having an issue with something rather than a problem with it.”
I thinks she’s exactly right. Issue seems softer.

46. I hear more and more people pronouncing the letter Z as “zee”. Not happy about it!

“Fear of ‘zee’ is a major reason that Sesame Street is no longer broadcast in most of the UK.” To-MAY-toe, to-MAH-toe.

47. To “medal” instead of to win a medal. Sets my teeth on edge with a vengeance.

“The noun already was a verb,” going back to Byron, not an American.

“Some of the early OED examples–from just 1887 and 1900–sound very old-fashioned, if not completely odd: a for-true doctor and goin’ to railroad him for fair.”

“Utterance-final already comes to AmE via Yiddish. It’s used to mark exasperation, and it does so very well.” I agree with that assessment, but I’m a sucker for Yiddish terms.

50. “I could care less” instead of “I couldn’t care less” has to be the worst. Opposite meaning of what they’re trying to say.

I always took it as ironic, but I know it bugs a lot of people.

0 thoughts on “That darned American English!”