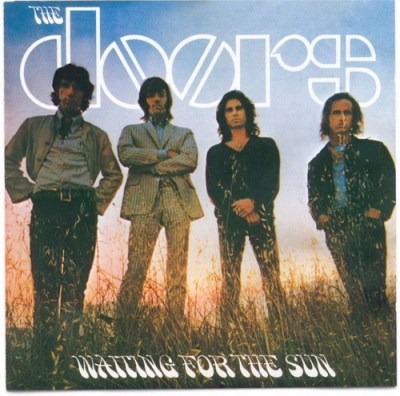 The melancholy song Summer’s Almost Gone (listen), the fourth tune on the album, precedes a much more joyful Wintertime Love; maybe I’ll include that a few months from now.
***
In honor of Freddie Mercury’s birthday: Bohemian Rhapsody by Porkka Playboys. 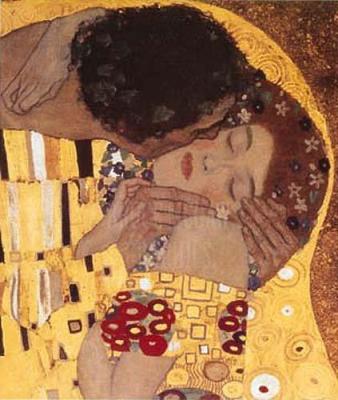 Klimt, according to the Wikipedia, painted it “between 1907 and 1908, the highpoint of his ‘Golden Period’, when he painted a number of works in a similar gilded style. A perfect square, the canvas depicts a couple embracing, their bodies entwined in elaborate robes decorated in a style influenced by both linear constructs of the contemporary Art Nouveau style and the organic forms of the earlier Arts and Crafts movement. END_OF_DOCUMENT_TOKEN_TO_BE_REPLACED 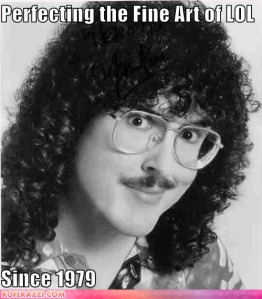 I was flipping through the channels on a Saturday morning – unusual, that – when I came across a BIOGRAPHY Channel piece on “Weird Al” Yankovic, which I was oddly compelled to watch. Then I came across this Bat Segundo interview, a very interesting listen.

Most novelty acts last a year or three. So how is it that Weird Al has managed to mine the music parody gig for nearly three decades? Not only that, he is more successful than ever END_OF_DOCUMENT_TOKEN_TO_BE_REPLACED 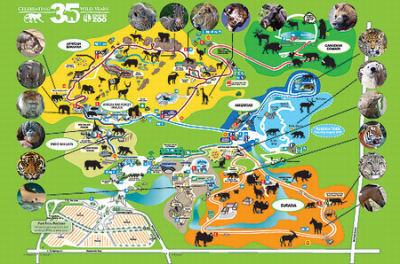 The third full day in Toronto we dedicated to going to the Toronto Zoo. It is on the eastern edge of the city, and required both train and bus to get there. One could make the case for driving there, I suppose. One of the selling points of having the City Pass is that one could avoid lines. Never was this more true at the Zoo, where we avoided at least a 15-minute wait just to get inside.

The zoo is massive. We saw only about 40% of it. We went to the Malay and African sections but never even got to the Americas or Australia or Eurasia. We considered taking the train around, and we might do that on a future trip. We’re already thinking about that. END_OF_DOCUMENT_TOKEN_TO_BE_REPLACED 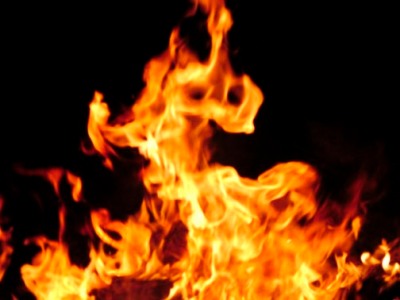 Here’s another look at a word that has, either alone or in combition with other words, has several meanings.

The most common meaning of fire, of course, is that chemical change that creates heat and light, and usually smoke, which can evolve into a “destructive conflagration”. It was one of four substances thought in ancient and medieval cosmology to constitute the universe, along with earth, air, and water; five, if you count spirit.

When Blogger was down for about 24 hours earlier this month, it really threw off my blogging rhythm. For reasons mundane (I’m used to it) and functional (it’s a backup system), I still compose my blog in Blogger, THEN copy and paste into this WordPress format. And the day it was down was a Thursday, which meant I actually HAD time to post for an hour between work and choir. Or go to other people’s blogs, or leave comments on other people’s blogs, but I couldn’t do that either. Then when Blogger finally came back up, I realized that none of the blogposts that I had Scheduled actually saw the light of day, so I had to repost them. Oh, well. Arthur, and others whose primary blogs are on Blogger, had it worse than I.
***
Went to see HAIR this month.
***
The eldest niece’s website.
***
Gordon at Blog This, Pal! has been blogging for seven years, which is amazing. He’s the only out-of-area blogger I’ve met through blogging, when we went to a Chicago Cubs game at Wrigley Field in 2008. Naturally, the home team lost.
***
Who hit the most home runs during the 1960s? More than Hank Aaron, Willie Mays, Frank Robinson, or Willie McCovey. That would be Harmon Killebrew, whose goodbye note to his fans was very touching, and who died this month of cancer at the age of 74. He was probably my father-in-law’s favorite player. Incidentally, my father-in-law’s 75th birthday was this week.
***
Samoa will lose a day! And willingly, no less. Gotta mess up birthdays, astrological charts…
***
A Berlioz Requiem sampler of the Albany Pro Musica concert. The “Dies irae” and the “Lacrymosa” are only fragmentary parts of the longer originals, due to uploading limits.
***
The National Jukebox, from your Library of Congress.
*** 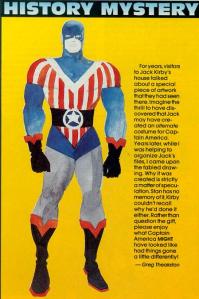 Did you know Jack Kirby had an alternate design for Captain America, created for some purpose he couldn’t remember, that never appeared in a comic book?
***
***
I feel as though I really need to see the movie Thor. It got a 70%+ positive rating from Rotten Tomatoes, but a real negative one from Roger Ebert. Something about his take, though, 1) compelled him to respond to his critics and 2) makes me think that I might like it anyway.
***
Addresses of Marvel Superheroes in New York City.
***
Fight the Rebellion! Darth Vader is countng on you!
***
This is an interesting video. I’ve subsequently found more people doing this on other videos, but this pair seem to be the best.

As a friend noted, “If this occurred randomly and naturally, it’s amazing. If it was done with Photoshop, it was inspired.” 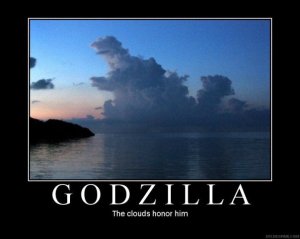 Rivers of Babylon a capella by Amy Barlow, joined by Kathy Smith and Corrine Crook, at Amy’s gig in my hometown of Binghamton, NY, July 2009.

Many people use the terms science fiction and fantasy as if they are interchangeable or identical, when they are actually related, not the same. Author David Brin illuminates the differences.

Superman: citizen of the world

As a Presbyterian minister, I believed it was a sin. Then I met people who really understood the stakes: END_OF_DOCUMENT_TOKEN_TO_BE_REPLACED 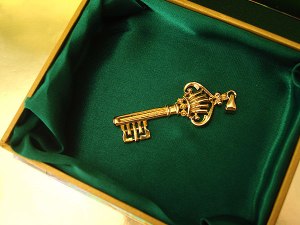 I have become fascinated with the word key. It’s a short word, worth 10 points in Scrabble, but it has so many meanings. Reference.com shows some four dozen definitions. And while some are interlocking, most of them address some sort of structure.

There is that metal thing that moves a bolt that I tend to hate because I tend to misplace it. I have a couple duplicates of my house keys, one outside the structure – no, it’s not under the mat – just in case. Someone told me a long time ago that the number of keys one has related to how important they were. The most important person I ever knew, by that definition, was my elementary school janitor.

Then there’s “something that affords a means of access”, such as the key to happiness. The word shows up at least a half dozen times in the Bible in this context END_OF_DOCUMENT_TOKEN_TO_BE_REPLACED 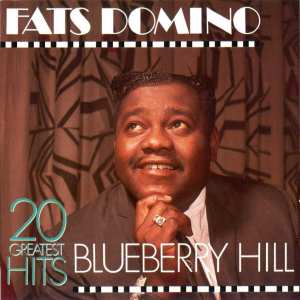 In some very specific ways, it has been a difficult year for me. One of my great joys was playing racquetball at the local YMCA. I did that from December 1982 until it closed at the end of April 2010. My racquetball buddies shifted to Siena College’s courts, and I tried that for a couple weeks, but it proved to be untenable, schedulewise. In any case, now that I’m taking the Daughter to school every weekday, it wouldn’t have worked out, even if I were still had the Y as an option.

Well, at least I have my bicycle. Well, I DID END_OF_DOCUMENT_TOKEN_TO_BE_REPLACED 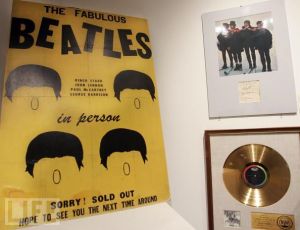 The rules of engagement

203 Across the Universe from Let It Be. One of the Beatles songs performed much better by other people, but I never warmed up to the Lennon version.
202 Sie Liebt Dich, the German version of “She Loves You”. Quaint, but I’ll opt for the English version.
201 Till There Was You. My antipathy toward this song is not the Beatles’ fault. This is from With the Beatles (UK) and Meet the Beatles (US). WITH has six cover versions, including five rhythm and blues tunes, but MEET has only one, this tune from The Music Man. I was really annoyed with Capitol Records by this choice, and the song became the flashpoint of my disdain.
200 Everybody’s Trying to Be My Baby Beatles for Sale (UK), Beatles ’65 (US). Never thought much of George’s vocals on this Carl Perkins song.
199 You Know My Name (Look Up the Number), the B-side of the Let It Be single. This is a comedy song, funny in parts, but ultimately unsustainable.
198 Mean Mr. Mustard from Abbey Road. It’s from the medley, and I like it, but it’s 48 seconds.
197 Boys from Please Please Me (US), Introducing the Beatles/The Early Beatles (US). this is a Shirelles’ tune and Ringo sounds uncomfortable with the gender switch; it just doesn’t work for me.
196 Maxwell’s Silver Hammer from Abbey Road. Too silly. And Steve Martin’s version in my head doesn’t help.
195 There’s a Place Please Please Me (UK), Introducing the Beatles (US). Unfortunately, I never heard this song much, since I didn’t have Introducing the Beatles on Vee-Jay until much later and it never showed up on an American Capitol album until nearly a decade after the group broke up. Besides, it sounds a little out of tune.
194 Long, Long, Long from the white album. An underrecorded, seemingly unfocused Harrison tune.
***
The Beatles are on iTunes. This is great for the proliferation of the music, but having purchased it several times already, it affects me personally not a whit. Well, unless they release NEW music…
***
HAPPY BIRTHDAY, MOM!